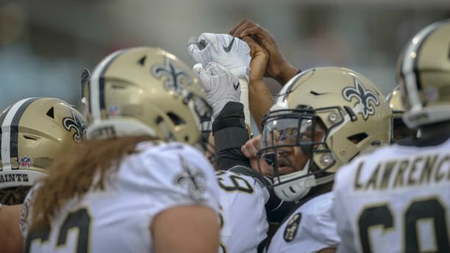 Jacksonville, Fla. - The New Orleans Saints won their preseason opener against the Jacksonville Jaguars on Thursday night - a 24-20 comeback victory - but more importantly the coaching staff got long looks at the two players competing to be Drew Brees' backup at quarterback, Tom Savage and Taysom Hill.

Savage started the game and played every offensive snap in the first half except for the final one and completed 10 of 14 passes for 70 yards while leading the Saints to their first touchdown, a 2-yard run by Mark Ingram.

Hill played most of the second half and almost did more damage with his legs than his right arm as he ran seven times for 52 yards while completing 8 of 9 passes for 72 yards. Hill played with the reserve offensive line and several times was forced to quickly scramble rather than go through his reads. He scored on a 3-yard run midway through the fourth quarter, a called run for the quarterback out of BYU. ...