Giants offense needs to play fast in both halves vs. Saints (1 Viewer) 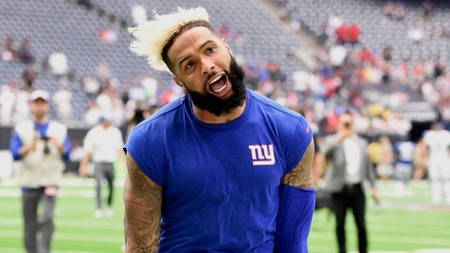 Big Blue will have to produce plenty of points to outscore the explosive Saints.

As good as the Giants looked on offense at times on Sunday in their 27-22 win over the Texans, they’ll have to perform even better if they want to keep winning. Especially against their next opponent.

The Giants host the Saints at MetLife Stadium this weekend. You know, the team with the quarterback Drew Brees, who leads the NFL in passing yards and just became the league’s all-time leader in completions. The one that is ranked fourth in total yardage and is third in points per game. The one that is coming off a 43-37 shootout win over the Falcons.

The Giants haven’t scored 30 or more points in a game since the 2015 regular-season finale. The Saints sit down on the couch and 30 points fall out of their pockets between the cushions.

The Giants’ defense may be able to slow them down a bit, especially if Olivier Vernon and Eli Apple return. But to keep winning, the Giants will have to play like they did in the first half against the Texans. And not just for a half. ...