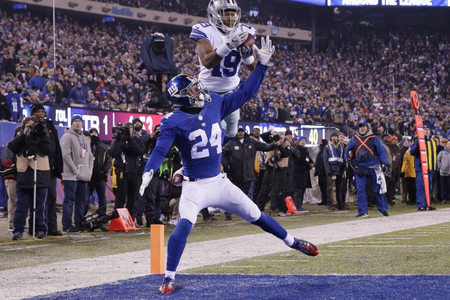 After a problematic season on and off the field in 2017, the Giants gave cornerback Eli Apple a fresh start this year.

It lasted seven games. Adam Schefter of ESPN reports that the Giants are trading Apple to the Saints. The Giants will get a a 2019 fourth-round pick and a 2020 seventh-round pick in return.

Apple was a 2016 first-round pick and showed promise as a rookie before things went awry last season. He has 23 tackles and a forced fumble in five starts last season.

The Giants are now left with B.W. Webb, Antonio Hamilton, Grant Haley and Michael Jordan (not that one or that one) at corner to go with starter Janoris Jenkins.

The Saints have been discussed as a possible landing spot for Cardinals cornerback Patrick Peterson, who has reportedly asked for a trade out of Arizona. This deal may take them out of that market. ...