Offline
I know this has been tossed around a few times on a few different threads but I want to get one organized because I think it could be a lot of fun.

The way it works is you sign up and create a player. You can buy points for that player and use the points to increase attributes such as speed, strength, level, etc.

I am going to purchase a new league when they come available next week and I want the league to be competitive with serious owners and have all the players comprised of SR members.

In order to make sure we have people that are serious I want to make it required to be a level 4 player before the 20th. In order to do this you will have to buy flex points and boost the player. You are only allowed to boost up to 3 levels per season and the new season begins on the 20th. In other words, if you join today and bought points you could instantly boost to level 4 and then in a week you could boost again to level 7. However, if you don't join until after the 20th you will only be able to boost to level 4.

In the game you sign a contract to play for a team and I'm not sure the specific salary cap or anything but I want to evenly distribute the money so that each player makes the same amount. The money earned can be spent towards training. This way we all make the same amount and can re-invest the money in training to make each position better.

The minimum amount it would cost to boost a player to level 4 is $9.99 but after the 20th we would be able to boost again. In order to do this the best package is $24.99 so you would get more points. After the first two boosts I wouldn't require any more money being spent and you could improve the player rapidly just by playing. We would have to get a starting lineup going. I created Pierre Thomas last week so we are set for starting RB. Once we get the starting lineup made then we can begin to recruit back up players.

Please don't sign up without letting me know so we can use your referral link next.


[size=+1] EDIT: If you already have a player whose name is not the name of a current or past Saints player and want to join an SR only team then PM Kcirdor or post in this thread. If your player's name is the same of a past or current player then PM Onepeat or post in this thread. We will have three different teams. One non Saints named SR team, one Saints players named SR team and a farm team for beginners not wanting to invest much money and work their way up slowly. If you want to participate please post in this thread, PM Onepeat or Kcirdor or if you have already signed up then post your players profile link so a contract can be offered. Currently Kcirdor has the only team active but Onepeat will be able to buy his team sometime towards the end of the week. As stated earlier, you can only boost your players level once a season and this season ends on the 19th. So if you want to be able to boost a player twice in a matter of a week you need to sign up and boost your player before the 20th. [/size]
Last edited: Apr 14, 2008

Offline
Nice But You Need To Read More You Dont Get 850 Flex Points For Your Sign Up You Get A Total Of 850 Per Season If Y0u Sign Up 1 Person Off Your Referral You Only Get 50 Points....i Have Been In The Game Since It Started And Have Had 4 Referrals For A Total Of 200 Points Again 50 Points A Peice. But You Have A Good Idea Trying To Start A League Good Luck....my Safety Is Level 9 And My 2 Dt Are Both Level 6....come On Its Football Get Into It!!!
OP

SWOLE0316 said:
Nice But You Need To Read More You Dont Get 850 Flex Points For Your Sign Up You Get A Total Of 850 Per Season If Y0u Sign Up 1 Person Off Your Referral You Only Get 50 Points....i Have Been In The Game Since It Started And Have Had 4 Referrals For A Total Of 200 Points Again 50 Points A Peice. But You Have A Good Idea Trying To Start A League Good Luck....my Safety Is Level 9 And My 2 Dt Are Both Level 6....come On Its Football Get Into It!!!
Click to expand...

Good info! I thought you got 850 per referral, thanks for clearing that up.

For those that already have players and would want to join an SR league then hop in.

Offline
I will be purchasing a team as well and all players must be current or former Saints.
Currently we have Rickey Jackson, Frank Warren, Dulymus McAllister, Sam Mills, and
3ric Martin.

If you are interested, please feel free. As soon as the teams become available, I am on it...

Offline
I will want in.

OnePeat said:
I will be purchasing a team as well and all players must be current or former Saints.
Currently we have Rickey Jackson, Frank Warren, Dulymus McAllister, Sam Mills, and
3ric Martin.

If you are interested, please feel free. As soon as the teams become available, I am on it...
Click to expand...

No need to compete against each other. I am Pierre Thomas and will happily join your team. I do think you should make some minimum requirements so we don't get guys that sign up and vanish before ever playing. Plus this will help the team get better faster. 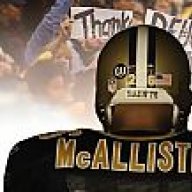 Offline
I'm gonna make Bobby Hebert and get him to 4th level. Count me in.

Offline
I know Archibald Manning is available if anyone is interested...

minnimum requirement is that you are active. The team name will be Saints oriented and I may even get two teams, (Bclemms maybe you can run the second team) to act as a farm team...
OP

Offline
That is fine with me Onepeat, just let me know what you decide to do. I just added Robert Meacham so he will be available too. I am also going to add a couple offensive lineman and a punter or something that will be harder to fill.

Ok. I have a lvl 8 RB named Reginald Bush and a lvl 5 LT named William Roaf. Neither have custom equipment because I don't have enough FP...someone help a fellow SR guy and help get reginald and William the equipment they need to become stars!

Offline
our punter must be russell erxslaben (sp)

Offline
I already have a team and several players over there. The problem right now is there are no open teams at the moment, but more are coming sometime in the next week.

From my understanding, you can't actually purchase a league. Unless you've gotten some kind of communication going with the devs, membership in any league would be subject a first-come, first served basis. But you may be talking about buying one team and stocking it with SR.com folks, and that would be easy. Multiple teams in the same league would be very difficult unless you were all online the minute they went up for sale and each agreed on the league before it started. I still think it would be tricky, because they are talking about 750 teams, and there are 58,000 players online for the game as of a couple days ago.

The game is a lot of fun and I think you could easily get a couple SR.com teams going, but I have a lot of doubt they would all be in the same league. You'd have to act like lightning.

I've got a DE that will be 9th level at the start of next season that won't have a home. I'd be glad to be on an SR.com team.
OP

I already have a William Roaf who is a lvl 5...

Crap. Maybe we can have William Roaf at LT and Willie Roaf at RT. 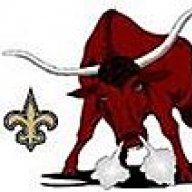 Offline
Im interested I already have a Lv 6 TE Billy MIller but he is under contract for 2 more seasons. Just let me know what postions you need to fill and I will make a player.
Show hidden low quality content