Online
I'm trying to send out an e-card for this dumb holiday, but Hallmark is down, and American Greetings makes you pay for some yearly membership crap. Anyone know any good ones?

Offline
Just a heads up.

Offline
KOS beat me to it, this is text from a corporate email I recieved. Of course, you could just get a Mac.


Online Valentine cards may contain Internet worm, FBI warns
Tue Feb 12, 2:27 PM ET
WASHINGTON (AFP) - Valentine's Day e-greetings from a stranger could deliver more than the recipient bargained for in the shape of a destructive "Trojan horse" that hijacks computers, the FBI warned Tuesday.
"If you unexpectedly receive a Valentine's Day e-card, be careful," the Federal Bureau of Investigation said in a statement, warning Internet users to "be on the lookout for spam emails spreading the Storm Worm malicious software (malware)."
"The Storm Worm virus has capitalized on various holidays in the last year by sending millions of emails advertising an e-card link within the text of the spam email. Valentine's Day has been identified as the next target," the FBI said.
The bogus email directs the recipient to click on a link to retrieve an electronic Valentine's Day card.
If the user falls for the ruse, malware will infect their computer or the device they used to connect to the Internet, and make it become part of a Storm Worm botnet, according to the FBI.
A botnet is a network of computers that, unbeknownst to their users, forward transmissions, such as spam, viruses and malware, to other computers linked to the Internet.
Botnets can also be used in identity theft, the FBI warned, urging Internet users not to open Valentine's greetings from unknown senders.

Offline
yahoo has some free ones, you shouldnt have to worry about about viruses with them 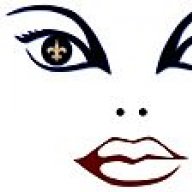 Offline
I use 123freegreetings.com and I have for years ALL cards are free and never had anykind of problems with bugs or anything like that
Show hidden low quality content