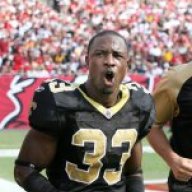 Offline
Just a reminder to all the good people of New Orleans and the Gulf South, be relentless with your hate for good ole Roger. With Bountygate over and the '13 offseason in full swing, he expects us to lose interest, to "get over it" and "move on."

But this is New Orleans. Sometimes we forgive, but we never forget.

I've noticed recently a few polls about what kind of job Goodell is doing as commissioner. Please never pass up the opportunity to give him an F, thumbs down, negative, nope, nada.

Thank you for your time! PSA over! 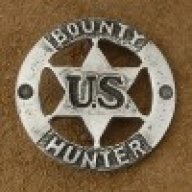 But to be frank, I have more important things, like my team I bleed for, than to worry about his ugly face. 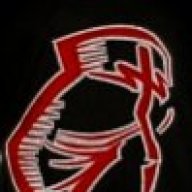 Offline
Why do we keep making threads about Goodell? Yes he's a no soul ginger and evil, we get it, but seriously can please not talk about him for at least a week?? lol

Offline
He only exists because we keep talking about him

Offline
We were wronged. Can't change it now. I'll never like that D bag, but I'm moving on.

BoroSaint said:
We were wronged. Can't change it now. I'll never like that D bag, but I'm moving on.
Click to expand...

Offline
My avatar describes what he is in my eyes.

But to be frank, I have more important things, like my team I bleed for, than to worry about his ugly face.
Click to expand...

I agree. I think he's a double-faced, sorry dude, but we can't pretend like that's an excuse.

It's time to move on, get back to work.

Offline
one thing most yanks don't understand, the south never forgets, we still wave rebel flags and have most of our wealth tied up in guns. 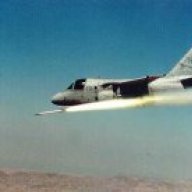 Offline
A zuni rocket to the throat. An impact detonator. He didn't just hurt a team, he hurt a fanbase. I won't buy anything that says "NFL" on it anymore, but I will buy tide detergent because it has Drews Brees on it label. Would anyone buy tide detergent with Goodell's face on it? Expletive after expletive, no they wouldn't.

The Saints have come from obscurity into a national media and a lot of attention. Old die hards like me and BlackKnight have seen this team through.

BlackKnight's father passed away in 2008. The old man never got to see his beloved Saints in the superbowl. One thing we all know is, out team was never wrong doers. It has always been an organization of within the rules and boundaries. This whole bountygate thing put upon us was just wrong team, wrong time, no proof, and we have fought back strongly.

Zuni rocket to the throat.

Offline
I am over Chavez. I will be over my hate for Goodell at a comparable juncture.

Offline
Get over it. 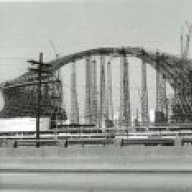 Offline
There's a bus in NYC with his name on it.

Nope. After viewing ESPN's OTL article the hate boiled up again. Sorry, but what he did has hurt this team, this city, and this fanbase for years to come. It's not just the 2012 season; it's still affecting us even this next month with our lack of a 2nd round pick. How many more penalties does Roger ******** have to give us before we get mad enough? And who's to say he won't do it again? Will you still give him a pass? I will never forget this joke of a commissioner and what he did for no reason other than to make a statement.

Northlake1 said:
Why do we keep making threads about Goodell? Yes he's a no soul ginger and evil, we get it, but seriously can please not talk about him for at least a week?? lol
Click to expand...

Offline
dictator goodell is about the same as judge martin landis.think that was his name. the commishner behind the black sox scandal. players found innocent but he still banned all of them.
Show hidden low quality content