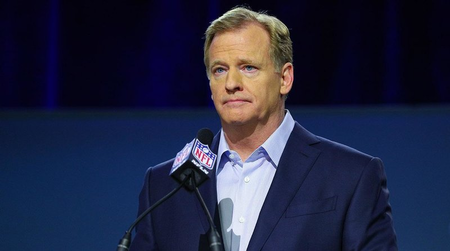 We’re now five days removed from one of the worst officiating mistakes in NFL playoff history. The fallout has been as ridiculous as expected.

The Saints released a statement basically saying they’d be in the Super Bowl had it not been for this call, willfully ignoring another critical (though much less egregious) no-call against the Rams and some tactical decisions that may be worth revisiting. A local attorney capitalizing on the soapbox is threatening to sue the NFL. We wondered if the commissioner would invoke his red telephone powers to play the game over again. The governor wrote the league office, as if our politicians have nothing better to do right now.

Thankfully, clearer heads have prevailed. Saints tight end Ben Watson, on Thursday, made the most reasonable request to date: Have the commissioner talk about it publically. He wrote:

"Commissioner Goodell. We all realize that football is an imperfect game, played, coached and officiated by imperfect people. What occurred last Sunday in New Orleans though, was outside of that expected and accepted norm. Your continued silence on this matter is unbecoming of the position you hold, detrimental to the integrity of the game and disrespectful and dismissive to football fans everywhere. From the locker room to Park Ave, accountability is what makes our league great. Lead by example. We are waiting."

Saints head coach Sean Payton could take year off, then coach for new team, per report

Saints are “disturbed” by failure of penalties called against their opponents