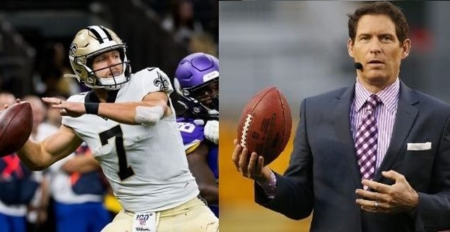 Picture it in your head for a moment. Two NFL quarterbacks, one still currently playing for the New Orleans Saints and the other one who’s been retired for the past 20 years, are being compared to one another.

Although they share ironic similarities such as each are (or used to be) incredible physically-gifted athletes and both attended the same college (BYU), their differences couldn’t be more obvious — since one is a Pro Football Hall-of-Fame “living legend” and 3-time World Champion — while the other has only completed 6 passes in his entire career so far.

Nevertheless, if we are to take head coach Sean Payton at his previous word and own personal observation, current Saints back-up QB Taysom Hill possesses the passing skills that potentially could make him the “next” Steve Young, which would mean that the Black and Gold’s future could be very bright after current starter Drew Brees retires.

However, since the soon-to-be 30-year old Hill has mostly served in a very specific role thus far as an “offensive weapon” for New Orleans as both a runner and wide receiver in their high-powered offensive attack, he hasn’t thrown the ball enough times yet in the passing game to accurately gauge (in the eyes of many NFL observers and analysts) just how good (or bad) he truly can be. ...