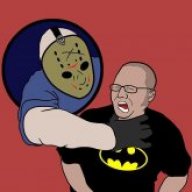 Offline
I searched and couldn't find a Reach topic so if this a double thread.... yeah, I really don't care.

In other news, here's a pretty cool preview article.

Mauer said:
I searched and couldn't find a Reach topic so if this a double thread.... yeah, I really don't care.

In other news, here's a pretty cool preview article.

All the Halo: Reach stuff is in this thread:

But, since the title doesn't say anything about Halo or Reach I think we can let this one slide.

Anyway, Mongoose and 24/7 aren't likely to complain about any Halo related thread.

Offline
how much of an active VGer are you not to know Game Informer February cover is the Halo reach around thread... ur stealing goose's thunder... maybe if Goose had tagged it Halo: Reach... 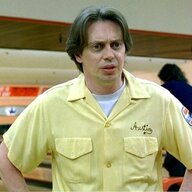 Online
what is your favorite Beastie Boys song??

Offline
We have like 2 other threads. But it's cool, cuz we kinda needed an official one.

antipop said:
what is your favorite Beastie Boys song??

i like Paul Revere and Intergalactic (the robot in me)

Online
So Watcha Want is a pretty good song as well...i am partial to Check Your Head

from what i read, it was thrown together at the last minute and it almost didn't make the album

Offline
Even though there are lots of screen shots and videos in the other thread, I like this new thread. In honor of it, here's some late breaking info:

February 26, 2010 - It appears as though Bungie is cooking up something special for its final Halo title.

A short post on the studio's developer blog teases a big reveal which is apparently being worked on by multiplayer designer Steve Cotton.

"Steve Cotton is working on one of the craziest things ever in a Halo game," it says.

"What Cotton is playing around with right now is beautiful and alien and huge," Bungie wrote. "Brian launched into a bevy of questions designed to break Cotton down and reveal all the holes and limitations in his master plan, but at each and every step, his efforts were easily foiled by Cotton's expertly crafted construct."

"Already in the plan."

"We joked that what Cotton's working on deserves a ViDoc all by itself, and as we walked away, Brian and I realized that the sentiment really was no joke," it said. "We really could drop ten minutes covering just this. Easily. But then again, I could drop a single image and it would probably be enough to send you over the edge."

What do you think Bungie is working on?
Click to expand...

Offline
Here are some bits from the Bungie Weekly Update from last week:

To Alpha and Beyond
As you should already be well aware (because you’ve been spending a lot of quality time with Marcus and Joe over at their Halo: Reach development digs (which apparently is now eating comments faster than Joey Chestnut at a Nathan’s Hot Dog eating competition)), the team booted Alpha out the door late last week.

Smell ya later, hasta la vista, and thanks for all the fish.

Yup, the team’s work is done and now it’s time to kick back and bask in glory. Right?

Wrong. Though Alpha is now heroically passing through the gauntlet of challenges required for glorious certification, we’ve still got a long and winding road ahead of us as we charge towards the multiplayer Beta in May. Now that Alpha is scheduled to be beaten up by a few thousand playtesters, much of the team’s focus has shifted over to the next big multiplayer milestone, the internal Beta. Internal Beta will eventually birth the Delta and Delta is what you’ll be experiencing as the public Beta over Xbox LIVE. Don’t even ask where Gamma went. Nobody here has a clue why we skip right over the third letter in the Greek alphabet on our way to Delta.

It doesn’t make a difference. All you need to know is that no matter what designation each phase of the development cycle is ultimately tagged with, the team has it well under control. And of course, the campaign crew is kicking all sorts of *** on their end, too. All. Sorts. Of. ***.
I Said a Hip Hop
And now that we’re moving closer to the public Beta, which begins on May 3rd, 2010 (invitation included with Halo 3: ODST), we’ve begun the process of solidifying plans for what your matchmaking experience is gonna look like when you jump in. Yesterday, a group of merry men and I met in a dark and dangerous conference room and filled a freshly cleaned whiteboard full of dates and details.

Vague? Yeah, we’re not quite ready to drop dates, times, and all the new details in public just yet. We’re a wee bit shy. You gotta woo us, man!

Okay, wooing won’t do the trick, but sure, we know you want to read all about it. Bear with us just a little while longer. Soon enough, we’ll be talking about all the sweet stuff you’re gonna come across in the Beta. I’ve already got a fancy guide cooking that will cover the control scheme changes, the pros and cons of each Armor Ability, all the gory details you can expect from the vehicular mayhem, and blueprints and pro tips that go over our hot new multiplayer spaces with a fine tooth and razor sharp comb.

You’ve got no need to worry. Before you ever set foot onto our Beta battlegrounds, we’ll make sure you have all the necessary intel so you can avoid getting your arse handed to you on day one.
Click to expand...

Blinded by the Light
Also over at Noble Actual this week, an iPhone snapshot of a bunch of dudes looking decidedly awestruck and impressed.

Cept for Shishka. He appears to be staring into some sort of mind melting abyss. This is the moment of awe and wonder right before the Ark of the Covenant turns him into molten gelatin and plaster. Some folks on our forums have said that his expression reveals a deep sense of inner despair and deep-seated hatred of anything and everything good in this world. (Like Fiesta, which should clearly be the only Double EXP Playlist.)

But that particular look, dear friends, is a blend of unbridled enthusiasm and cockeyed optimism

Okay, so maybe that really is inner despair.

So, what’s the object of the rest of this crew’s ample display of affection? Remember in the recent ViDoc where Joe Tung said that we were doing things that players have never seen before in a Halo game? Yeah. That’s what’s on screen. Stuff you’ve never seen in a Halo game before. And when you see it, your jaw’s gonna hit the floor.
Click to expand...

Or, if you prefer:

Offline
I will be on the Reach beta

Offline
AKA Bungie will give every developer something to copy for years to come.

Twenty4seven said:
AKA Bungie will give every developer something to copy for years to come.
Click to expand...

kcirdor said:
how much of an active VGer are you not to know Game Informer February cover is the Halo reach around thread... ur stealing goose's thunder... maybe if Goose had tagged it Halo: Reach...
Click to expand...

Will I still be able to get tea bagged by a 10 year old?
Show hidden low quality content