Has Cam Jordan hit his ceiling as a Pass Rusher? (1 Viewer)

Offline
I remember how excited I was when the Saints drafted Cam Jordan in 2011. I felt he was the perfect guy to learn from Will Smith(rest in peace) and play along side him as his career was ending. In 2013, he had his best season to date with 12.5 sacks. He and Junior Galette I felt would've made a pretty good duo until Galette decided to become a horse's you know what. Now the Saints are still trying to find the perfect complement to Cam Jordan as his highest sack total since 2013 was 10 last season. He has 2.5 sacks as of now which paces him for another 10 sack season which is good but not great. As good as he has been up to this point I've seen him miss as many sacks as he as amassed even though I acknowledge some of these QBs are not easy to bring down especially with the rules being what they are. My question is do you fellow Who Dats believe Jordan will surpass being good and be greater than he is now or is he about the best he will ever be right now?

Offline
He's an 8-10 sack a year guy. The 13.5 season the secondary was elite. Jenkins,Harper,Vaccaro,Greer,Lewis,Robinson were your coverage guys. He's never going to be and likely never was looked at as someone who'd be a perennial sack artist. We drafted a LDE and those guys are typically complimentary players to a speed rusher.

Offline
Tbh, he's already far exceeded his ceiling as a pass rusher. He was projected to be a 4-3 run stopper. His highest sack total in a season in college was 6. The fact that he was able to put up 12.5 sacks as a 3-4 DE is a testament to Cam's work ethic and Bill Johnson's development skills.

Slim K said:
Tbh, he's already far exceeded his ceiling as a pass rusher. He was projected to be a 4-3 run stopper. His highest sack total in a season in college was 6. The fact that he was able to put up 12.5 sacks as a 3-4 DE is a testament to Cam's work ethic and Bill Johnson's development skills.
Click to expand...

In response to the OP, I think Cam is a good passrusher overall and an elite one considering his position. Having a great passrusher opposite him in Gallette, along with the secondary from 2013, allowed him to put 12.5 sacks. I think we can consistently expect 8-10 from Cam every season, but if we get another elite passrusher opposite Cam and somehow didn't lose our entire starting secondary to injuries, then I think Cam could put up 11+ sacks each year. I also expect Rankins to help Cam get an extra sack or two each year, as he progresses and becomes the interior passrusher we expect him to become.

Offline
Cam Jordan is not a pass rush specialist. He's an all around player. 10 sacks a season is what you want from him at the LDE position. So far his sack totals have been better than Will Smith, not much to complain about.

LombardiGras said:
Cam Jordan is not a pass rush specialist. He's an all around player. 10 sacks a season is what you want from him at the LDE position. So far his sack totals have been better than Will Smith, not much to complain about.
Click to expand...

Agreed. Yes arguably the best player on the team not named Drew Brees.

Offline
Good, not great player. Plays hard. Not elite quickness. Appears better than he is because of bad players around him. A complimentary DE. Do not spend high end money on him. Will start to fall off rapidly due to lack of speed. A DT playing DE. Saints need to start drafting speed at that position and OLB. Until then will not be good on D. 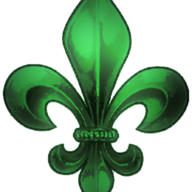 Offline
Cam is just an overall damn good football player. If this is his ceiling, I'm satisfied.

Offline
I'm satisfied with him as well. He's a well-rounded player that doesn't make a lot of mental mistakes. I don't think he's an elite pass-rusher but he is a good pass rusher.

Offline
He's a heavy guy, over 280 I think, the best attributes he has are stopping the run and staying healthy. I don't remember the last time he missed a game. Plus if you need him to he rushes the passer well from the DT postion, very versatile. . . just not real flashy.

Offline
Cam is a stud, he's just not a guy that can get it done alone. Give him a running mate on the other side and a secondary that can cover for more than 3 seconds and you'll see more 10+ seasons.

Online
To get a guy who is an excellent pass rusher (as Cam is) ... AND nearly unblockable vs. the run... is a rare combination.

We should look to get a supporting cast for him which will not allow defenses to double-team him. Only then will we see Cam at his full potential!

Offline
Jordan has never had another pass rusher to compliment him. Taking that into consideration I am damned impressed with how well he has played for us. I have zero complaints! For Pete sake find a bookend to spell him!

Offline
Kind of hard to be productive when your the only one producing on the end position. 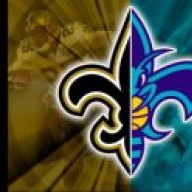 Offline
He's a one dimensional pass rusher, he was that in college and it translated to the NFL because our defensive coaches and coordinators cant coach, they do not have the ability to utilize there players to there strengths. As far as ceiling he never had a chance to leave the basement when he was drafted to this team.. It's not Jordan's fault that he only bull rush offensive lineman, he's not a speed rusher nor does he utilize a his swim move affectively. It's going to continue to be a sad terrible situation with this team when drafting any defensive player because of the staff's ability to prep, train, teach and coach. Football is 80% brain and 20% athleticism. I don't care how many athletic players or coaches you got, if there stupid, your going to lose..

head trauma said:
Football is 80% brain and 20% athleticism. I don't care how many athletic players or coaches you got, if there stupid, your going to lose..
Click to expand...

If your logic is right, Laurinaitis should be All Pro this season. There is no active NFL linebacker more cerebral than him... not even Kuechly.

I wouldn't bet $2 that JL could beat Andrus Peat in a 40 yd. dash ...today. In years past, yes. But he's a shell of himself today. What happened? Is he LESS-smart? I don't think so.