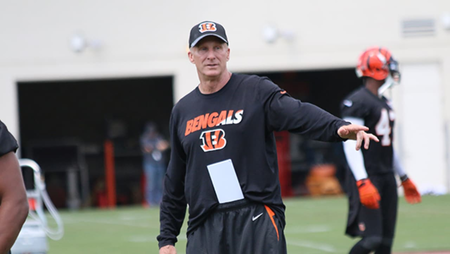 When Jim Haslett sees the helmets of the New Orleans Saints before they play Sunday (1 p.m.-Cincinnati’s Channel 19) at Paul Brown Stadium, he figures it won’t be as emotional as it would have been a decade ago.

“It’s going to be more like, ‘That’s a heck of an offense they’ve got,’” says Haslett, the Bengals’ third-year linebackers coach.

The Saints are flying. They’re 7-1, they’ve won seven straight and just beat the best team in the league with quarterback Drew Brees re-writing the NFL record book. But then, off and on, it’s been kind of that way since Brees and head coach Sean Payton arrived in 2006 and teamed to give the Saints their first Super Bowl championship three years later.

But before there was Brees and Payton and the Mercedes-Benz Superdome and the voluminous NFL record book, there was James Donald Haslett. ...