Have we ever had better WR's? (1 Viewer)

Offline
They had a monster of a game. Joe horns one handed catch. Coppers hail mary catch. Henderson & Bush also had great catches. They were catching everything. And this without surehanded Colston. I was really proud being a Saints fan yesterday

Offline
We have the best corps(#1-#4) of recievers in the league!

Offline
It is the best group of Saints receiver I've ever seen but I'm only 25 years old so I more experienced Saints fan may have to fill me in on the earlier years.

Offline
The single most talented receiver I've ever seen in a Saints uniform was Wes Chandler, but he didn't want to stay with the franchise and so Bum Philips dealt him to San Diego, where he became one of Dan Fouts's big targets in the legendary"Air Coyell" offense--one of the most prolific passing attacks ever assembled. If he can stay healthy and continue to develop and stays on the team, Colston will without a doubt be our best wideout ever. Eric Martin and Joe Horn have also been great receivers for the Saints, followed by Danny Ambramowicz. After that, the list starts to get thin. This is definitely our best GROUP of wideouts, but I think that's due in part to Brees's ability to lead receivers and put the ball right where it's supposed to be, as well as the Payton's schemes and the coaching our guys are getting.

Offline
We have 4 guys out there right now who consistently catch the ball. All four guys, even Copper, have shown us that they can catch a pressure pass when needed. When we get Colston back, we will be able to spread out 4 WRs that can each make game changing plays, plus Reggie and Deuce out of the backfield.

Drew is completing 66.6% of his passes right now (highest in his career) and the great play from his WRs and RBs catching the ball is a huge reason why. 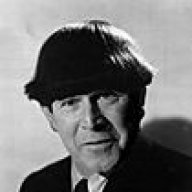 Offline
It's such a team sport that it's hard to say whether or not these are the best "wide receivers." You could probably make a case for the best passing offense. There are just so many little things that affect what kind of game/season a receiver has.

Offline
I dont think we have the best WR's. We do have a system that a team has bough into and that is more important that anything else.

Copper and Henderson played great, but there are plenty of better WR's in the NFL.

Offline
Horn, Stallworth, and Pathon were the best three we've had at the same time. I also liked Horn, Jake Reed, and Willie Jackson
OP
OP

NolaDome said:
Copper and Henderson played great, but there are plenty of better WR's in the NFL.

I agree. But I can only recall in 2000 when we had a better team of receivers (well Wilson was average). Our current WR's may fumble but they shure do have great hands and can get open. 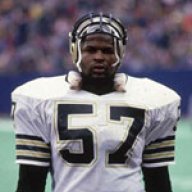 Wake Up and Live!

Offline
I think that our new receiver's coach deserves a lot of credit for getting some of the young wr's ready to play each week.

Great Dane said:
They had a monster of a game. Joe horns one handed catch. Coppers hail mary catch. Henderson & Bush also had great catches. They were catching everything. And this without surehanded Colston. I was really proud being a Saints fan yesterday
Click to expand...

One thru four (and including the RBs) it would be hard to argue what these guys have accomplished through 12 weeks:

We have the NUMBER ONE passing offense in the NFL, and that includes Indy.

We're averaging 307 yds per game passing, and Indy comes in a distant second at 262. These guys (as a group) are catching the ball, but alot of credit goes to Drew for putting the pill there so they can make the plays.... And if we give Drew some of the credit, then the O line must get credit for giving Drew time to make his reads.

Offline
Great Group, but some credit should go to Drew Brees for hitting them in stride, and using all of them, not just Joe horn

Offline
I am convinced that you could play any decent WR in this system and they would put up decent numbers.
That being said, I am very happy with our WR corps.

Offline
Put Jubilee Dunbar on the Dolphins or Steelers of the time, and he just might be in Canton.
Show hidden low quality content

Offensive line has to play better..
2 3

Sunday at 9:15 PM
Scorpius the Allfather