Healthy Alvin Kamara prepared to show off his old, new self with New Orleans Saints (1 Viewer) 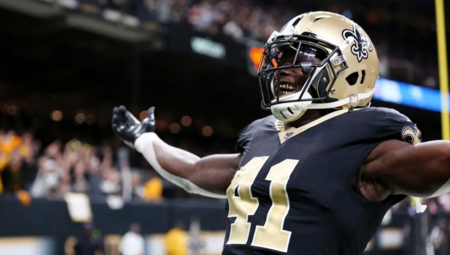 Alvin Kamara assures that he'll be ready to hit the ground running when the New Orleans Saints get ready to play.

He often couldn't say that with confidence last season.

Literally, sure, the former NFL Offensive Rookie of the Year, 2017 All-Pro and three-time Pro Bowler could run. But it wasn't the Kamara-level running that Kamara has grown to expect to deliver, and that he was delivering until he said he injured his knee six weeks into the regular season, against the Jaguars.

"Jacksonville week, I tore my knee, basically," Kamara said. "That was something I was dealing with the whole season. Had to miss some time, which I don't like to do, came back (and) tried to play as best I could, tried to manage it throughout the week. ...