Another day, another Breitbart "bombshell."

Offline
So, Looney, what do you think about it?

Saintshizzle said:
So, Looney, what do you think about it?
Click to expand...

He thinks Soros is the Bogeyman/Boogeyman/Boogie Man, depending on his spelling preferences.

In 2004, Soros lent Trump a cool $160 million to help with the construction of Trump International Hotel & Tower in Chicago
Click to expand...

I'm not even voting for Clinton (nor Trump) and I think this is just getting ridiculous. Until something credible comes up, just let it go.

you really have no clue other than what ur fed by Fox News and Breitbart.

48 year old man cannot parse from a piece what is and what isnt.

mb504 said:
He thinks Soros is the Bogeyman/Boogeyman/Boogie Man, depending on his spelling preferences.
Click to expand...

Nope, just not going to comment until he comments on his own thread first. Else...it's just another drive-by thread, which I will point out...everytime they do it.


George Soros is a subject matter expert on the Balkans.

Do you have a criticism of the specific advice he offered? Was it bad advice? Why?

Offline
OMG, he wanted some diplomatic action to tone down riots and violence!!!!!!!


Seriously, read the e-mail. Sounds like a concerned citizen with access. Haven't any of you written letters to your senators or other political leaders? 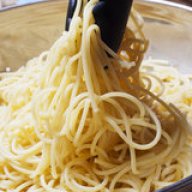 Pardon me while I ready my suction cup climbing gear.

Offline
I haven't read the link/story/whatever that this thread is based on, but I'm willing to bet it is outright completely untrue/made up by the right, or a completely out of context thing. I'll check back in once I am done to verify.

Then follows what can only be construed as instructions for the Secretary of State from Democratic Party donor Soros, who has so far given her over $7 million this election cycle:

A serious situation has arisen in Albania which needs urgent attention at senior levels of the US government. You may know that an opposition demonstration in Tirana on Friday resulted in the deaths of three people and the destruction of property. There are serious concerns about further unrest connected to a counter-demonstration to be organized by the governing party on Wednesday and a follow-up event by the opposition two days later to memorialize the victims. The prospect of tens of thousands of people entering the streets in an already inflamed political environment bodes ill for the return of public order and the country&#8217;s fragile democratic process.

I believe two things need to be done urgently:

1. Bring the full weight of the international community to bear on Prime Minister Berisha and opposition leader Edi Rama to forestall further public demonstrations and to tone down public pronouncements.

2. Appoint a senior European official as a mediator.

While I am concerned about the rhetoric being used by both sides, I am particularly worried about the actions of the Prime Minister. There is videotape of National Guard members firing on demonstrators from the roof of the Prime Ministry. The Prosecutor (appointed by the Democratic Party) has issued arrest warrants for the individuals in question. The Prime Minister had previously accused the opposition of intentionally murdering these activists as a provocation. After the tape came out deputies from his party accused the Prosecutor of planning a coup d&#8217;etat in collaboration with the opposition, a charge Mr. Berisha repeated today. No arrests have been made as of this writing.

The demonstration resulted from opposition protests over the conduct of parliamentary elections in 2009. The political environment has deteriorated ever since and is now approaching levels of 1997, when similar issues caused the country to slide into anarchy and violence. There are signs that Edi Rama&#8217;s control of his own people is slipping, which may lead to further violence.

The US and the EU must work in complete harmony over this, but given Albania&#8217;s European aspirations the EU must take the lead. That is why I suggest appointing a mediator such as Carl Bildt, Martti Ahtisaari or Miroslav Lajcak, all of whom have strong connections to the Balkans.

My foundation in Tirana is monitoring the situation closely and can provide independent analysis of the crisis.

That's not the only way it can be construed.

V Chip said:
I haven't read the link/story/whatever that this thread is based on, but I'm willing to bet it is outright completely untrue/made up by the right, or a completely out of context thing. I'll check back in once I am done to verify.

Ok, I was right. Damn I hate being right so often!

First off "In Charge of her Foreign Policy" is not only a huge stretch from what was actually used as evidence in the <s>hitpiece</s> "news" story but it is pretty much a complete lie. There was one thing mentioned. I dunno if Brietbart realizes this -- probably not, as the regular readers there don't seem to be too astute -- but there are more places that are "foreign" to the US than just the Balkans. Second, while I am sure a person of his wealth has ridiculously more access to the ear of politicians than you or I, to assume these are orders is just a biased interpretation. It's not as egregious as some of their other stuff, though, so maybe there is hope for Breitbart yet.

Offline
Or maybe you should learn more about George Soros the person and see if maybe the background, his actions, and his stated reasons for acting the way he does make any sense.