Hitting the wall: What happened at Saints training camp Monday 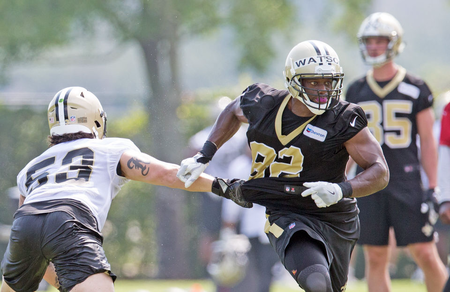 By Larry Holder - NOLA.com | The Times-Picayune

Some sloppy play arose on both sides of the football on Airline Drive, especially early during team drills. Efficiency on offense arrived as practice progressed despite a few snaps being stopped before the started because of confusion.

Here’s a glimpse of some of the action from Monday’s session:

Sean Payton has often said how you might not need to see it every day from veteran players, but you have to see “it” from them sometimes. Watson picked Monday for his day to shine. The veteran tight end found the end zone a couple of times during team drills, with both scoring throws coming from Drew Brees. Watson also hauled in a nice catch in an earlier team snap. ...