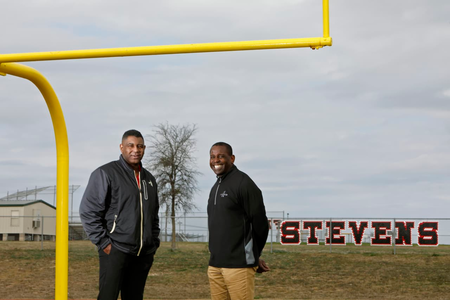 (Photos) Throughout the playoffs NewOrleansSaints.com will be showcasing the hometowns of players to give fans a look at the communities and the people that influenced them. The seventh part of our series of photos essays is a look at where rookie defensive end Marcus Davenport grew up in San Antonio, Texas

The photo essay was shot by Edward A. Ornelas, a San-Antonio based photojournalist for more than 25 years. He spent the majority of his career at the San Antonio Express-News, where he photographed everything from the San Antonio Spurs, Sutherland Springs church massacre, life in Afghanistan, Iraq, Haiti, Mexico, and the 2008 Summer Olympics in Beijing. His photographs have appeared in The New York Times, Los Angeles Times, Newsday, ProPublica, and many other regional and national publications. He is based in San Antonio. ...

Yesterday at 10:51 PM
Dan in Lafayette

Yesterday at 1:39 AM
Andrus