Horn comments on the drops by Falcon receivers (1 Viewer)

Offline
"This is a league," Horn said, "where if you don't do your job, they run your *** off. Those guys better wake up and smell the coffee and start catching the damned football. I can't blame [Vick] for, you know, being upset at them sometimes." 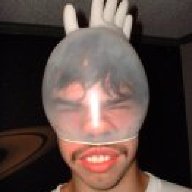 That and the hail mary were the plays of the game (well Hendersons 76 TD wasn;t bad either)


Catches like Joe made yesterday do have a way of making a QB look real good!

Yeah, and he did it HURT. What a 'elluva player.

Offline
I think that statement was more of a message to our team then it was to the Falcons team.

Offline
Its funny our 4th receiver is way better than their number 1 WR.

Offline
Vick is just as responsible for the drops as the WR's.

And no its not because he throws lasers. I think it would be hard for any reciever to gain confidence and rythm when you only get thrown to 3 times a game.

Offline
Horn is the man. When the chips are down, he comes through in the pinch. He is obviously a great motivator on this team. 7-4 baby, and playoffs are looking more obtainable every day. Go Saints!

Offline
It's so much easier to make those comments when you make a wicked catch like that.

BoNcHiE said:
I think it would be hard for any reciever to gain confidence and rythm when you only get thrown to 3 times a game.
Click to expand...

It's a good point, but then again, those guys are professionals. They are paid to produce results. They should make no excuses and just do what they're paid to do.

Houston HOUDat said:
It's a good point, but then again, those guys are professionals. They are paid to produce results. They should make no excuses and just do what they're paid to do.
Click to expand...

I think only Roddy White is particularly bad though. It's not like drops are unique to the Falcons. The Saints regularly have 2 or 3 drops in a game, sometimes touchdown passes by sure handed WR's (Horn dropping the end zone pass comes to mind).

That the Falcons average 4 or 5 instead of 2 or 3 is due in part to crappy WR's (specifically Roddy White), but it's also due to some poor Vick passes and, not really that much above average.

I think the bigger problem is the trouble Falcons WR's have getting open, and I think a lot of that is due to the scheme. Guys like Lelie ran fine routes in Denver, in ATL? Not so much.

Vick is so terrible at going through his progressions and is flushed out of the pocket so much (by choice and by pressure) that a WR's routes become meaningless half the time. Do they need to block for him? Should they break in or deep now? On what side will Vick roll and therefore what side of the defender should they position themselves on?

WRs can't have any confidence in what Vick is going to do, and as a result are unable to anticipate anything. This has to kill them on their routes, which makes it harder for Vick to find anyone open.

It's really just an ugly circle between Vick and his WRs. They're both making each other worse.

geauxboy said:
It's so much easier to make those comments when you make a wicked catch like that.

No kidding. If you go back and collage Joe's career, you'll see a lot of huge catches like that one. He's caught some serious lasers from Brooks over the years too!

Offline
The reputation of the Falcons' receivers as having poor hands, though, was acknowledged even in the New Orleans locker room. Saints cornerback Mike McKenzie laughed when asked if he had even seen so many dropped passes, then noted diplomatically: "Let's just say those guys, uh, had a tough day."

I'd like to know what MM really thinks about it...heheheh

Offline
I could be wrong but I believe that Hail Mary was the only one we completed in our history. Anyone know for sure?
Show hidden low quality content