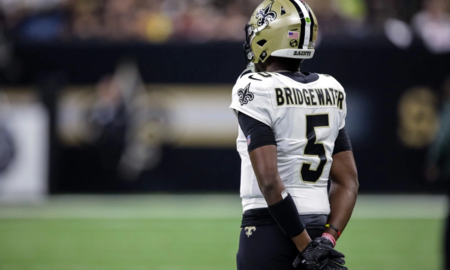 The Denver Broncos reached an agreement with the Baltimore Ravens to trade for quarterback Joe Flacco, as first reported by Adam Schefter of ESPN. This is bad news for New Orleans Saints backup quarterback Teddy Bridgewater, who is set to become a free agent when the new league fiscal year begins on March 13. Bridgewater wants to be a starter in the NFL, and he deserves to be one. But the Broncos just took one starting job off the market.

Denver’s trade for Flacco takes the Broncos off the board as a potential landing spot for Bridgewater, should the Saints fail to reach a deal on a contract extension with him. The only teams expected to be in the market for a new starting quarterback are Washington, the Jacksonville Jaguars, and Miami Dolphins. Odds aren’t good that the Cincinnati Bengals move on from underwhelming starter Andy Dalton.

Why are there so few starting gigs available? ...