How could the Redskins pull this off? (1 Viewer)

Offline
According to askthecommish.com, the Redskins project to be 20.72 million dollars OVER the cap...yet I find this on nfl.com. How in the he!! could this happen?

"Feb. 12: The Redskins have interest in trading for Johnson, according to The Washington Post. Acquiring an elite receiver is the top priority of Redskins owner Dan Snyder, while Johnson is eager to land a new contract from Washington, according to league sources cited in the report. The Bengals have said they have no intention of trading Johnson, but his agent is working behind the scenes to broker a deal."
Click to expand...

"Feb. 12: The Redskins are again expected to pursue Chicago linebacker Lance Briggs on the free agent market, reports The Washington Post. The Bears designated Briggs as their franchise player last offseason after they were unable to reach a long-term deal with the former third-round pick, agreeing not to use the tag again this offseason. The Redskins attempted to trade for Briggs, 27, last offseason."
Click to expand...

Everyone keeps sayin, "all of their spending is gonna come back to bite them!" Well...when? They still manage every year to pick up at least one of the high-priced free agents available. I, for one, don't envy them because they have no continuity. But it just baffles me how they are able to spend and somehow end up under the cap year-in and year-out. 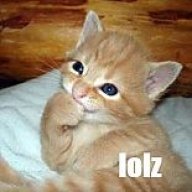 Offline
It baffles me as well...

Offline
They use cheat codes? I have no idea how they do it.

If you put in xgfhIshf2359 a naked woman appears on your screen.

BoroSaint said:
According to askthecommish.com, the Redskins project to be 20.72 million dollars OVER the cap...yet I find this on nfl.com. How in the he!! could this happen?


Everyone keeps sayin, "all of their spending is gonna come back to bite them!" Well...when? They still manage every year to pick up at least one of the high-priced free agents available. I, for one, don't envy them because they have no continuity. But it just baffles me how they are able to spend and somehow end up under the cap year-in and year-out.
Click to expand...

yeah because they spend a lot of money giving bonuses for that year but it doesn't go to the cap all in one year. Snyder may do four deals and give $40mill in bonuses this year but against the cap it may only count $8-$10mil this season. But in all actuality the teams forked over $40m in real money. Add that to existing salaries due for the year and you can get to $90m, $100m in actual expenditures.
thats why itz a NECESSITY to have a guy that can work the salary cap. They probably eat a lot of cap $$$ for guys not on the roster anymore but it comes off after 1 year. After that Snyder can afford it to do more big deals.

Offline
I loathe Daniel Snyder. Almost as much as I loathe Al Davis.

CargoJon said:
I loathe Daniel Snyder. Almost as much as I loathe Al Davis.
Click to expand...

Daniel Synder almost singlehandily ruined free agency. Overpaying for average FAs pushed prices and agents expectations way up. Does it surprise me they're going after Ocho Cinco? No, not all..... And as far as their cap goes...they'll do what they always do - cut some of the guys they paid too much for then ask other guys to restructure.....

Offline
They probably were able to borrow cap space from the New Orleans Saints since they never get within 10 million each year of using their usable cap.

Offline
they do this every year, but in reality they aren't taking huge cap hits. the issue with how the redskins spend is more that they overpay for many players and what happens is they end up with not enough good players.

examples.
- The Jaguars were going to release Mark Brunell no later than June 1st. Yes, release. That means the guy had a contract that he was signed to.

The Redskins came in and offered them a third round pick (#72 overall, turned out to be used by Green Bay on Donnell Washington - DT) for Brunell at the beginning of free agency.

They then turned around and gave him a seven-year $43 million dollar deal with an 8.6 million dollar signing bonus. Most teams can afford to give out that type of deal each season, but its who and how the Redskins chose to do so. Keep in mind that Brunell already had a contract AND they had Patrick Ramsey at this time, who they turned around and ...

- Traded Patrick Ramsey for a sixth round pick (#173 overall, used to pick Reed Doughty, who ironically now is their starter due to the Taylor death). (Oh, and if you are wondering, Doughty was picked right before us and we took ??????? That's right, Josh Lay...)

But wait, they then came back to Lloyd six weeks later and gave him a reported deal of six years, $27 million. Again, not a terrible deal to have on your books. But for who you are giving it too and the fact that he was already under contract? It makes no sense.

- Back to 2004 for a second. They also gave up a second round pick that year to Denver in the Champ Bailey for Clinton Portis deal.


and there are many many many many more examples. so the thing here isn't that they somehow are very fancy with the cap, but its more that they just make so much noise because their method for giving up so many picks frequently as well as re-signing guys who have deals is just ODD compared to everyone else.

It would be like the Saints going out and offering some team a 3rd round pick for an average corner back who has 3 years left on his deal, and then giving him a 7 year deal.

BoroSaint said:
According to askthecommish.com, the Redskins project to be 20.72 million dollars OVER the cap...yet I find this on nfl.com. How in the he!! could this happen?

But it just baffles me how they are able to spend and somehow end up under the cap year-in and year-out.
Click to expand...

Perhaps like the 49'ers of the early 90's with $ being paid under the table to circumvent the cap.:dunno:

Offline
They do it every year. They redo the contracts and convert the base salaries into bonuses
Show hidden low quality content