How does Saints' home playoff record with Payton and Brees compare with rest of the league? (1 Viewer) 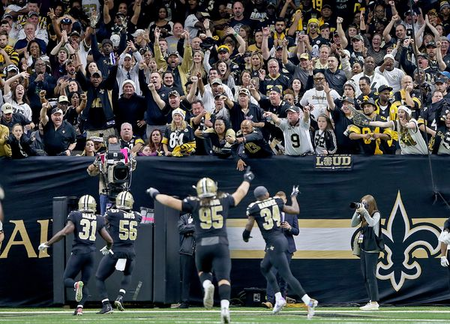 Before last season, Mark Ingram could only tell most teammates what it was like to have a home playoff game in the Mercedes-Benz Superdome. He was one of five New Orleans Saints to have experienced one.

This season, they all know.

“That’s like we got 13 people on the field,” said running back Alvin Kamara, whose rookie 2017 season included a wild-card win against the Panthers inside the Dome. “The Dome is that much of an advantage with the noise and the energy and the atmosphere that comes from just playing at home. I think we got a little bit of confidence when we play at home.”

The Saints came into the 2018 season wanting to replicate that feeling as much as possible. Doing so meant earning the No. 1 conference seed and home-field advantage through the NFC playoffs. They earned it by winning 13 of the first 15 games before resting Drew Brees and other key players in the Week 17 finale. ...

Yesterday at 9:27 PM
Dan in Lafayette