How does this superbowl rank with the others??? (1 Viewer)

this is the most exciting superbowl i've ever witnessed

Simply put it, it was the greatest superbowl of all time

Offline
I 100% agree. First NFL game I have watched every second of the 4th quarter. 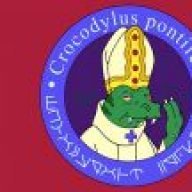 Offline
This is the type of game that makes people into lifelong football fans. I was 7 when I watched the Bills and Giants game and I've been hooked ever since. These are the types of games that turns people into fans.

Offline
I made the comment to my brother when the game was over that this was the best superbowl that I have watched in Years.

Offline
I had the Rams-Titans as the best I had ever seen. The Broncos-Packers was a good one, too. Giants-Bills, also good. I didn't see S.F.-Cincy II, but that one should get some votes. I have to say that this one surpassed the others, if not for "The Great Escape" or the unprecedented defensive stands, then at least for the fact that the Giants were such an underdog; the Patriots were undefeated and the Giants took it to them, didn't back down, played relentlessly for 60 minutes and beat the so-called "greatest team of all-time." IMHO, the greatest Super Bowl ever.

Offline
I wasn't thrilled with either team being in it, but it was maybe the best SB I've seen.

Offline
Where does this rank? ...... they discuss some of the earlier ones there

Offline
i've watched all of the other forty one super bowls and by far this is the best ever. never before a prohibited favored undefeated team got beaten by the underdog. wow is all i can say about the giants victory. i am still speechless.

this is the most exciting superbowl i've ever witnessed

Simply put it, it was the greatest superbowl of all time
Click to expand...

Could go down as the greatest, certainly in the top 5.

Offline
Most exciting I have watched recently. CLOSE tie for best ever I have watched live with the Rams-Titans last second tackle at the goal line. (was that in 2000 after 99' season?)

Offline
I enjoyed this one, the Rams-Titans, Carolina-Pats (awesome exciting game).

Offline
Giants vs Bills, Rams vs. Titans, Giants vs. Patriots

All three great games. Don't have such short memories.

Offline
This was a great game IMO. Being in Giants country made it even sweeter.

Open bar if the Giants won, so needless to say, I was there till too late.

Offline
it's one of the best i've ever seen, and i've seen them all... frisco cincy was right up there also, as was elway's first... oh, i have to say stram's chiefs beating the vikes was a great game too
Show hidden low quality content