How is David Onyemata been? (1 Viewer)

Offline
Haven't really heard good nor bad about him I've only seen 1 game so for those who have seen more your observations?

Offline
He's been exactly as advertised: raw with flashes of real talent. As the season goes on, I imagine his numbers spike.
OP

Offline
Think he makes the team

Offline
Onyemata is the type of player that you take a chance on when you are lucky enough to have Cameron Jordan on your team.

When you happen to get an elite player on a defense, you set your defense up around that player. Either you give him the toughest job because he can handle it, or you set it up so that he has the easiest job and can shine. Either way, that position is kinda a "cornerstone" position. EJW has written some fantastic posts about how different defenses are set up to allow the 3tech or WLB or whomever be the playmaker on a defense.

Grabbing a player like Onyemata is perfect for the Saints. He has the prerequisite athleticism to do what Jordan does, but he needs a few years of seasoning. He is the perfect backup (or will be next year after he gets some seasoning) in case Jordan misses a few games and he should be ready for primetime right about when Jordan's contract comes up, allowing the FO flexibility during negotiation. 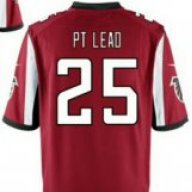 Offline
John Sigler on Twitter (@JSiglerNFL) made this chart from the past 3 preseason games. He's a good follow as well.

Offline
He had had moments where he has been disruptive in back field. His stats don't show it but he has done well making running backs change direction to get tackled by someone else.
As for making the team, pretty sure he is a lock being he is primary rotate with Fairley at tackle.

Put some Tony's on him

ASB81689 said:
John Sigler on Twitter (@JSiglerNFL) made this chart from the past 3 preseason games. He's a good follow as well.

Compare that to Jenkins who has one of the lowest success percentages despite having far fewer snaps. I know it's just preseason and I know Onyemata has a long way to go before he's ready to be a starter if he ever becomes one at all. Having said that though, it's hard to not get excited about the thought of having another athletic big man to go along with Cam Jordan. Cam has shown that he can be good despite the lack of talent around him but he showed just how dominate he can be in 2013 when he had Junior to help him out. Hopefully we got that man some help this offseason.
OP

jarrod74 said:
Haven't really heard good nor bad about him I've only seen 1 game so for those who have seen more your observations?
Click to expand...

David Onyemata has been very good, better than advertised in my opinion. As long as he keeps developing in future years Onyemata will be a star for the SAINTS.

Offline
He reminds me of one of these really athletic DT's who have the body control/movement skills of a DE. I think if we give him a year to develop some better technique and situational understanding of the game then we'll be very happy. He's going to have trouble getting penetration against starting caliber guards until he has the threat of the bull rush to keep them from locking him up. Once he's strong enough to put a guard on skates then it's going to get interesting.
Show hidden low quality content