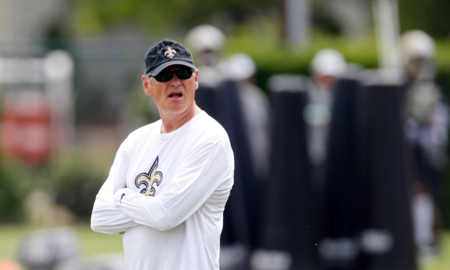 It won’t surprise anyone that the New Orleans Saints are strapped for cash and draft picks in 2020. The team’s strategy of maximizing their resources has created a cycle of spending future assets to win now, and it’s resulted in the best three-year stretch in Saints history.

So expect that to continue this offseason. The Saints will not hesitate to trade next year’s draft picks to move up and target a prospect they really believe in, and they’re also willing to get creative in contract structures to fit everyone in beneath the salary cap. The situations in each area are going to change whenever the new NFL Collective Bargaining Agreement is ratified and once this year’s compensatory draft picks are awarded, so don’t look at these numbers as more than well-educated guesses. But where do the Saints stand right now?

We’ll start with the salary cap. The analysts at Over The Cap are working with an estimated 2020 salary cap of $200 million, which has the Saints with just under $9.4 million in cap space. ...