How properly to boycott Super Bowl LIE, from a ratings standpoint (1 Viewer) 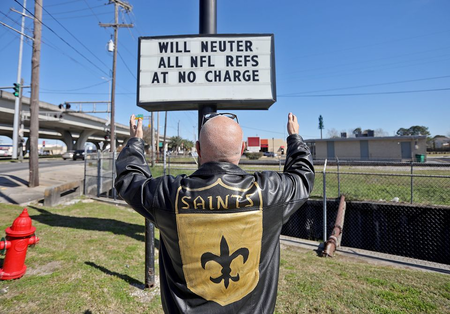 Nearly two weeks later, New Orleans is still reeling from the super scam that robbed the Saints of their rightful place in Super Bowl LIII, which we've since dubbed Super Bowl LIE. In fact, a grass-roots "Boycott Bowl" movement continues to build, with parties of protest scheduled around the city so locals can enjoy not watching the big game together.

It's worth noting, however, that there's a right way and a wrong way to boycott the Super Bowl if you want to send the loudest, clearest message to the NFL league offices. ...