How the Chiefs, Patriots, Saints and Rams built their offensive lines (1 Viewer) 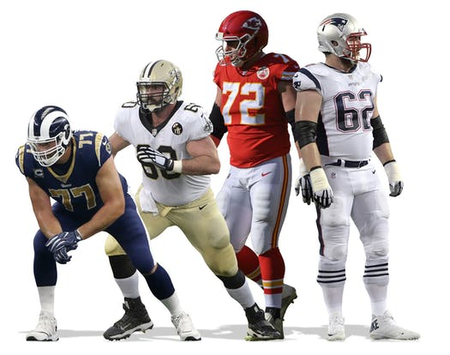 Offensive line is a strength shared by the four conference finalists. Here’s a look at how the Chiefs, Patriots, Saints and Rams acquired their 20 starting linemen:

A closer look at the …

Rams: Despite having the two oldest linemen — 2017 unrestricted free-agent signings Andrew Whitworth, 37, and former Vikings center John Sullivan, 33 — they have the only fivesome that didn’t miss a start in 17 games. Spent second-round picks on LG Rodger Saffold (2010) and RT Rob Havenstein (2015). ...