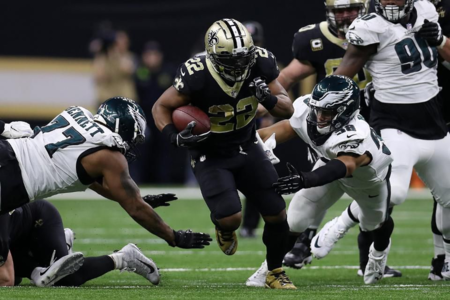 The New Orleans Saints were this close to making it to Super Bowl LIII, and the NFC Championship game will be both remembered and tainted for the foreseeable future. This season was a tremendous improvement over 2017, which is saying a lot based on how much Sean Payton's team overcame during three 7-9 seasons from 2014 to 2016. Now, they must pick up the pieces and keep moving forward.

The 2019 season has a lot of promise on the surface for the Saints, but at the same time, it looks to be the closing act of an era. For two years in a row, this is a team that has rapidly improved. Make no mistake about it, the window for getting another Lombardi Trophy in the hands of sure first-ballot Hall of Fame quarterback Drew Brees is in the end game stage now. In turn, the Saints face their most important offseason yet.

Running back Mark Ingram headlines the list of impending unrestricted free agents for the Saints. These are players free to negotiate with any team during the NFL's "legal" tampering period prior to free agency opening. Ingram, who turned 29 at the end of December, has expressed a desire to return to New Orleans, but understands that the NFL is a business. Ingram faces some hefty competition in the free agent running back market, and may not immediately see a starting role offered to him. Reuniting with the Saints would make a lot of sense. ...