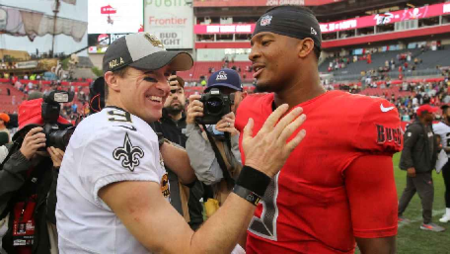 The first quarterback in NFL history to throw at least 30 touchdown passes and 30 picks in the same season.

It’s such a glaring number that it has become Jameis Winston’s defining trait, even though he won a Heisman Trophy, even though he was the No. 1 pick in the 2015 NFL draft, even though he just led the league with 5,109 passing yards last season. And it’s why he accepted a one-year deal worth just $1.1 million plus incentives to try to revitalize his career with the New Orleans Saints.

But you would be hard-pressed to find anyone who considers the 26-year-old to be a lost cause.

Alvin Kamara (ribs), Julio Jones (knee) out, Jameis Winston (back) in for Buccaneers-Saints