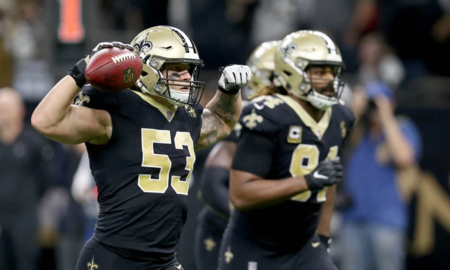 The New Orleans Saints will be very selective in who they target once the NFL opens its free agency period. They have to be, considering the draft capital tied up in quarterback Teddy Bridgewater’s future. Not to mention what’s ahead for franchise fixtures like running back Mark Ingram. Estimates for the 2019 salary cap range from $189 to $191 million; we’ll split the difference and work with a $190 million figure. Because the Saints carried over $1.8 million in unused 2018 cap space, that gets tacked onto the leaguewide standard for a cap of $191.8 million unique to them.

That’s welcome news for New Orleans. The Saints have over $180.9 million in commitments tied up already, meaning they have just about $10.8 million in space to work with. Now here’s how they can make more room, using the salary cap calculator tool from Over The Cap.

Salary cap casualties are nothing new to the Saints. These are players whose on-field performance doesn’t line up with their share of salary cap commitments. The biggest name is safety Kurt Coleman, whose release would free up an easy $4 million. Coleman played only 34-percent percent of snaps in the regular season, and he took the field on defense just three times in two playoff games. ...