Online
Well...don't want to offend anyone but, this is a good thing. Vamos palante!

Online
It's about to get real in a South American country this week.

Hate to be on those streets.

Offline
I thought I smelled sulphur...or maybe it was egg salad...I can't be sure.

El Caliente said:
Well...don't want to offend anyone but, this is a good thing. Vamos palante!

El Caliente, care to give us your opinion of what you think may happen in Venezuela in the month's to come? What does this mean for Venezuela and North American relations?

Offline
Power vacuum in a oil rich country? I'm sure we are already working out a reason to sail a few Navy ships down there so we can give them a double dose of good ol' American freedom.

Offline
Real talk though how does this work in Venezuela? Is there like a VP or something that assumes power under their law?
OP

Online
Oooo buddy. I was there last time there was a shift in power. Get ready for some real instability.

You can probably expect people that were for Henrique Capriles looking to get him to power. Even though he lost, many people thought that the election was rigged. So you will have that.

The current Vice PresidentNicolás Maduro is a joke. He is not very progressive, but more socialist (he was hand picked by Chavez to be his successor). If he gets into power look for the relations with the US to stay the same. He has brokered deals to make the Colombia - Venezuela boarders more peacful, but many in Venezuela question how good a deal it was, and for whome as many in San Antonio Tachira are seeing murder by Colombian guerillas continue at the same pace.

I am excited to see what happens. While death isn't easy on anyone, and to wish death on anyone is in poor taste, this was much needed. There is a flower waiting to bloom in Venezuela. But for the last 15 years it has been held back by weeds.

Offline
Jon Voight must be thrilled?

Offline
Doesn't he have a son? I'm thinking this could be like the N.Korea situation? All they showing right now are pictures of his daughters. Not bad looking. 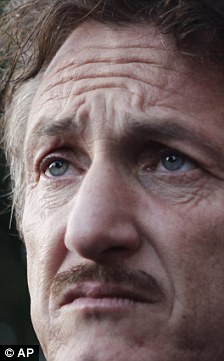 Offline
Never would have imagined his buddy Fidel would outlive him. I'm sure all the Hollywood libs are heartbroken. Maybe we should send Dennis Rodman to the funeral.
OP

Online
Right now somewhere Sean Penn and Danny Glover are holding each other...or looking for another dictator to sympathize with.

I swear, when I hear people here cry about a US President being dictator I ask them when the last time they lived under a dictator was.

We have Melvin Williams

Offline
I was supposed to travel down there on business this month. Glad that got pushed back...
OP

saintsfan84 said:
I was supposed to travel down there on business this month. Glad that got pushed back...
Click to expand...

You work in oil?

We have Melvin Williams