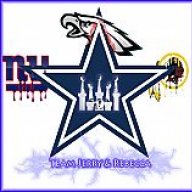 Offline
Well, this storm is playing tricky, but it did slow down a bit and that is good for us, draft wise that is. If Gustav comes to us, it will be Tuesday, unless it speeds up. If by tonight, Stephen if the storm is still projected for Tuesday, maybe we can still have it Sunday?

Destroyer IV said:
Well, this storm is playing tricky, but it did slow down a bit and that is good for us, draft wise that is. If Gustav comes to us, it will be Tuesday, unless it speeds up. If by tonight, Stephen if the storm is still projected for Tuesday, maybe we can still have it Sunday?
Click to expand...

The projected landfall would have to get pushed past Tuesday to still draft Sunday, IMHO (that is, if a landfall near N.O. is a likelihood). Right now, landfall is early a.m. Tuesday ... like 2-4 a.m. So you'll want to be evacuated a good 36 hours ahead of that.

A later landfall could well happen -- this thing is juking more than Reggie Bush during a jail-break.

Offline
acording to channel 4 the hurricane center has no idea what this storm is going to do.they said they will keep the track now because they dont like to keep changing it.no one is going to know what this thing is going to do until saturday according to BOB BRECK the (big dawg) with his viper system who cant even figure it out.so i think and this is only my opinion is to keep it for friday night.that way everyone has time to leave early saturday.were going to alexandria so the earlier we can leave the better with 3 kids 2 dogs and 3 turtles.oh what fun! so i think we should just plan on friday to play it safe
just my opinion
kay
chris something is wrong with your phone at work tell grodsky i cant call

Offline
I'm good with tomorrow night if everyone else can! Right now I think I may be out of here by Sunday am!
Having the draft next friday or saturday wouldn't be to bad either!

Offline
Ok heres the latest that I have. Friday night is now OUT. Brad said he couldnt make it and August and Trey would be running late. Now the final blow was that Doug called me and said no way can he make it Friday night. So no way I do a draft without the legendary Beware of Doug. So, Friday night is no longer an option.

So that leaves us with this: I am keeping the draft as planned on Sunday morning, with the hope that it turns. Doug and Joey and a few others said they would be leaving Saturday morning. So, by that time we would have a better understanding of where the storm is heading. So, if by Saturday morning it looks like the storm has turned or is delayed, we will have the draft Sunday morning at 10:00 AM as planned. Taht would be great.

BUT, if by Saturday it looks like it is still coming this way, I will move the draft to the following weekend. If anybody leaves on Saturday and can not make the draft for Sunday, then I will just move it to the next weekend. I wont know whether that would be Friday or Saturday night. I am not sure if LSU has a home game on Saturday. If that is the case, we would do it next Friday night. Like Doug said, if you draft a player from Washington or the Giants, you will just get those points for them. Jason Campbell wont all of a sudden become a first round pick if he throws for 4 TDs Thursday night.

So thats it. Plan on the draft being at Mr. Roo's at 10:00 AM on Sunday morning. If anyone cant make it because they wont be here, call me as soon as possible and we will cancel Sunday. I was just informed that LSU does in fact play at home the following Saturday as well so Brad cant do that. So it would be next Friday at 6:30 PM. Maybe 7:00 PM if August is running late.

Does anyone have a problem with these sceanrios?

Lets all hope for the best and hope it stalls or turns and I will see you all on Sunday. 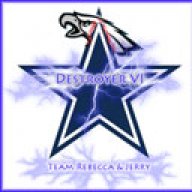 WAIT so it is on sunday or next weekend
OP

Offline
Stephen, I want to take my [Cowboys] hat off to you, you are dealing with this situation admirally and I am glad I am not you. I am cool with Sunday at 10 AM and Big League roughly at 12 PM at Mr. Roos, right?

If not, I am cool anytime next weekend, I have a vacation day for next Thursday.

Offline
Hey, Rebecca, I did not know you were here? Looks like Sunday, if not Friday of next weekend. 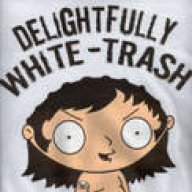 Offline
Every Friday is the same for me. Won't ever really know what time I would get in until I get off of work. I don't have a set schedule. I know this is a tough time for everyone, but nothing is set is stone on the landfall. Every model is different, I just watched BOB BRECK ( the new NASH). He thinks it might make landfall in Lake Charles or Texas. Its still to early to tell. I wish everyone safe travel and hope to see everyone Sunday.

Offline
Sorry for any confusion Jerry. To rephase, the draft will be as planned, on Sunday. Might move it up a little earlier. Keeper league for 10 AM. Big league for 11 AM. That is if there is no storm and if everyone is here. Now, if the storm hits and people leave, then we will have it next Friday. August, if you are running late on Friday, no problem. We will have the big league first, at around 6:30. Then we will have the keeper league at 8:00 once you get here.

So like I said, plan on the draft being Sunday. If anyone leaves because of the storm, it will be held next Friday at 6:30 PM.

Offline
man it will suck if i spent the money to be here this weekend only to do it by phone. you got to love it.
thanks gustav.

Online
Sorry to report this ... but me, Robin, and the kids are leaving for Jackson tomorrow a.m. ... trying to beat the evacuation rush (yes, we're leaving early

) Can't chance being in the house without electricity too long with two small kids.

Offline
OK it is with much regret that I must cancel the draft for this Sunday. Anybody who knows me knows how I feel about all this evacuation stuff. I really believe that people overreact and leave way to early when no danger is iminent. But, that is just me.

So...I am moving the draft to next Friday, September 5. This is the ONLY date that we can do it. If it doesnt happen Friday, it doesnt happen. So, the draft will be next Friday, September 5. It will be at my house instead of at Mr. Roo's. My address is 5021 Sanford Street in Metairie, one block off Transcontintal. My home number is 885-0983. We will have the BIG league draft at 6:30 PM. The big league draft will be first. This was, Jerry can get home earlier. And, we will have the keeper league draft afterwards. This way, August will have enough time to get in from Lake Charles. I imagine the keeper league draft will start at about 9:00 PM. Maybe closer to 10:00 PM, depending how long the big league draft lasts. I know this is late, especially for people like Zook who work early Saturday morning. So, I will try to get through this as quickly as possible. Since we know the draft order and divisions, we should save a lot of time during the draft.

There is a game Thursday night, but so what. Whatever those players have in that game, we will just use their stats. No big deal there.

This should help out everyone. Trey can make it. August can make it, or he said he can do his picks over the phone. Doug will be here. So that is great. The only person ot sucks for is Troy. Troy, I am sorry that you had to buy a plabe ticket to come in and the still have to draft by phone. But, I really have no option here. I wish we had just had it tonight. Maybe you can leave a few dyas later? Could you possible leave to go back on Saturday, the day after the draft? Let me know man.

I hope this plan works out and there are no more problems for next week.

Doug B said:
Sorry to report this ... but me, Robin, and the kids are leaving for Jackson tomorrow a.m. ... trying to beat the evacuation rush (yes, we're leaving early

) Can't chance being in the house without electricity too long with two small kids.
Click to expand...

Hey, we are going to Jackson as well, leaving Sunday. As for beating the evac, the I-10 is bogged down already.

Be safe everyone! Hope I see everyone next Friday.

Offline
Stephen, next Friday I have no time constraints as I am off that weekend. The problem was tonight, I am working tomorrow morning.