Online
Personally, I think those Dick Vermeil and Bill Walsh commercials are stoopid. OTOH, Miller Lite scored a homerun with the man-law thing.

Offline
I think those commercials are hilarious.

Then you could ask him what he thought about a 12 pack of coors and a swimming pool, and a bunch of chicks,

Offline
The man-law commercials are stupid. Great idea, but uh, they forgot the men. The only actor who's an actual man is Jerome Bettis. And if you notice in the commercials he's in....he disagrees with everyone else. 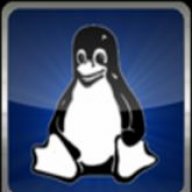 Offline
Email Coors regarding this. It may go through. Haha it would be funny.

Offline
I miss the twins.

billinms said:
I miss the twins.
Click to expand...

but not the song
Show hidden low quality content