Offline
I know. It's still much too early. We haven't had the combine and personal workouts yet. And some players we Saint fans are not talking about are going to put up ridiculous workout numbers and make a major move up draft boards.

But it seems many on this board are projecting the Saints to pick at 15 one of four players--Fisher, Jordan, Ansah and Mingo. But what if all four are gone? I have seen mock drafts that have us picking one of those players but that also have three quarterbacks being picked high. I realize that a number of teams need quarterbacks, but this quarterback class is bad.

Regarding the players listed above, Fisher and Ansah based on their Senior Bowl performances have moved up. Mingo should do well at the combine or in the personal workouts and go very high. And Jordan should move up as well for the same reason.

If those guys are gone--and yes I understand we need to see how free agency turns out--who will be looking at with the 15th pick. My answer is I really have no idea and would explore trading down. But I am curious as to what others think because my scenario is becoming increasingly more probable.

Offline
If they're all gone that means that the second best OT is probably on the board still, or Vicarro. Not well versed enough in the draft players to start thinking about 3-4 guys. Need to catch up.

So, if there isn't good value on the board, then we'll trade back a few spots to get an extra pick.

Not sure if it would be Hicks or Bunkley at NT. He'd be a great backup, then eventually push for the starting role. I see a few mocks having the Steelers targeting him.

We're looking for 2 things in this pick. Either an OLB that can start very quickly and be a difference maker. Or a NT or DE who also could either start right away or take over in a year or two (like the Steelers tend to do). 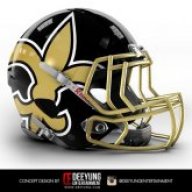 Offline
As much as i think we need to stay on the front 7, Vaccaro wouldnt be a bad pick at 15.
Ogletree, Hankins, richardson and Jenkins also could be a nice pick.
Depending on FA, we have some nice options at 15.

Offline
Mingo, Jarvis Jones, Ansah, Okafor, moore , werner I think one of these is the pick, and then we go NT and FS OT we have had a ton of luck picking OLINE late and that won't change.

Offline
I fully believe Bushrod is gone, therefore OT is likely the number one priority. Jockel and Fischer look like top ten picks. Lane Johnson is moving up quickly and would probably be the pick there. I would say there is also a chance they could trade down, pick up a 2 nd and still get him.

Offline
I have been thinking about this as well.

The top players I want in the draft in no order at all.

If we can land any one of these guys I would be very happy with our first rounder. SO hopefully a QB looks great over the next few months and jumps up.

Offline
If we don't get our #2 back from Goodell(and I don't think it will happen), then I still believe we'll trade down to recoup that.

Offline
Trading down is a nice idea except that we haven't done it again since 2007 in any draft. Meanwhile, they've traded up or traded away picks for players more times than i can count.

Offline
Ok so based on how I think the draft is going to go but then factoring in those 4 players being gone in the top 15!

Geno Smith, QB
Star Latouille, NT
Bjoern Werner, DE
Luke Joeckel, OT
Damontre Moore, DE
Dee Milliner, CB
Matt Barkley, QB... Yep I'm going there.
Now I think one of two things are going to happen when the Bills pick. They either trade back and take Ryan Nassib QB Syracuse or they pull the trigger on Mike Glennon, QB NC state. Now unless we're involved in that trade then for me the best thing that could happen at this spot would be them taking Glennon.
Now this takes us to pick #9 The Jets Zeke Ansah, DE/OLB - Rex Ryan loves a workout warrior and this guy is going to blow up at the combine and pro days!

So now we have 5 picks ahead of us.

Now they way I see it panning out. Dion Jordan, Barkevious Mingo and Jarvis Jones should still be available when we pick as none of the teams ahead of us need a pass rusher...

Tennessee - They need help all over, but I'm not convinced they take a pass rusher here but for the purpose of this exercise let's say they go with Ezekial Ansah
San Diego - The consensus pick here is Eric Fisher, OT
Miami - Need receivers so with Keenan Allen still on the board here it's a no brainer
Tampa - Need corner help in a big way! So Johnthan Banks or Xavier Rhodes could be the guy here.
Carolina - DT being the huge need here. Jonathon Hankins is a great fit


For an interior pass rusher I'd be happy with Sheldon Richardson, DT Missouri.

For an outside rusher if Jarvis Jones, OLB, Georgia happens to slide like I think he will then it's a no brainer.

Kenny Vaccaro, S, Texas Could be the against the grain pick here that our FO can't turn down.

Chance Warmack, OG, Alabama Could be the best player available at this point and whilst I'm not convinced he has the size or quickness to play Tackle in the NFL he's still has all pro offensive lineman written all over him! And I just can't see anyway in which we'd consider drafting DJ FLuker, OT at this spot as I firmly believe he's a second round talent who will likely sneak into the 1st round due to team needs and the fact Taylor Lewan and Jake Mathews are going back to school.

Alec Ogeltree, ILB, Georgia could also be a serious consideration at this spot.

Over and above this I really have no idea what we'd do.

Offline
One of those guys will probably be there. But if not I would not mind Montgomery, I think he fits a 4-3 DE but he would be able to play in a 3-4 as well. He and Mingo are very simular in size and first step ability. 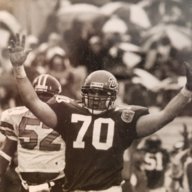 Offline
I would go with Lane Johnson. He's worthy of the 15th pick and depending on what happens with Bushrod, we might have a huge need.

Online
I am also a proponent of trading down. Belfast Saint (who knows way more then I do on offensive lines) really likes Johson, but I would be very tempted to trade to the bottom of the first and get Fluker to be our right tackle for years.

With whatever he get, maybe we can compensate and get a safety, if Vaccaro and Elam are gone, maybe try to get Rambo or another ball hawk later.

Safety is the biggest need I think we have right now, but if we can't do anything with Bushrod, then both tackle positions are in real danger for us next season.

Offline
If I were an NFL GM, i'd be leary of Mingo. He's a great athlete but he is kind of in between positions. He is too small to be a true NFL defensive lineman, so the natural thing would be to move him to LB, but I wonder if there is a reason why he did not play LB in college. LB's need more vision, instinct, and smarts than a pass rushing DL, and I wonder if he is lacking these qualities. There is just something about him that is a reg flag for me. How many busts have been on guys who are in between positions.

guillermo said:
I am also a proponent of trading down. Belfast Saint (who knows way more then I do on offensive lines) really likes Johson, but I would be very tempted to trade to the bottom of the first and get Fluker to be our right tackle for years.

With whatever he get, maybe we can compensate and get a safety, if Vaccaro and Elam are gone, maybe try to get Rambo or another ball hawk later.

Safety is the biggest need I think we have right now, but if we can't do anything with Bushrod, then both tackle positions are in real danger for us next season.
Click to expand...

It's dependent on what happens with Bushrod - if we're in the same position at LT and RT as the start of last year, then I'd look for a trade down too maybe. I like Johnson well enough, but I'd prefer Fisher. Fisher probably trumps some of top D prospects whereas Johnson is a good choice if we have a need and there's none of the top impact defenders left.
Show hidden low quality content