If Teddy Bridgewater leaves in free agency, who could replace him? (1 Viewer) 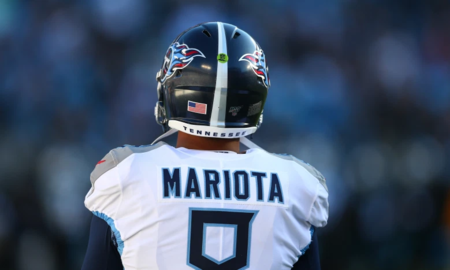 What are the New Orleans Saints going to do at quarterback this year?

t’s an easy question to ask, and almost too simple to try and answer. They should re-sign Drew Brees for one more year if he’s willing because he gives the Saints their best shot at winning a Super Bowl title. They should also keep Teddy Bridgewater around as a top-paid backup because he impressed while winning all five of his starts. And Taysom Hill should return on a cheap restricted free agent tender; he’s a fun weapon who can run and catch but has shown some serious limitations as a passer. It’s fine if his future isn’t at quarterback.

But things rarely go according to plan in the NFL. Bridgewater should be a hot commodity in free agency — we’ve already highlighted several teams who could try to sign him away from New Orleans. While the Saints can’t afford to pay a starter’s salary to both Brees and Bridgewater (or other top free agents like Dak Prescott, Ryan Tannehill, or Jameis Winston), he’s definitely earned it, and it’s very possible the backup leaves town in pursuit of a starting gig.