If you are LT, do you try to play the rest of Sunday's game (1 Viewer)

Offline
Look, I have heard a lot about Deion Sanders and his critiques of LT sitting out the game vs the Patriots this past Sunday and I wanted to bring it to a consensus on Sr.com. I can see both sides of the aisle here but some cynical part of me thinks LT was either protecting himself from being injured later on or he did not pull his out his own weight. I know its sounds critical of me, but I wonder why LT even suited up to play if he was already injured.

It does not make sense, to me. Did LT think he could play but his MCL got punked as he ran in the game.

who do you support in this thing? Should LT have tried to make a run out of it and played it out the rest of the game?

I think if he didn't want to play he wouldn't have gone in the game in the first place. Everyone responds differently to knee injuries. Rivers was able to play with a torn ACL, and sprained MCL. When I tore my ACL I couldn't put any weight on my leg at all so everyone is different in that regards.

Maybe the coaches didn't want to risk him injuryig it further they have two pretty good backups in Turner and Sproles so perhaps they thought hey let's try and win this with them and have a healthy LT for the SB.

To answer the question is hard because we don't know the extent of the injury or if it was worsened while he was in the short time he was out there because the Chargers haven't come out and said it...yet.

If he could have played, I really think LT would have gone back in the game. We have no idea what went on in the locker room at halftime so who really knows?

Offline
no. LT knows his body better than anyone else, and I don't know how you could possibly question his heart based on what he's shown so far in his NFL career. Some things are just what you see, he tried, got hit on his hurt knee on the first play, and that was it.

Offline
well i am not a fan of LT i think he is overrated and the product of the oline. so i assume as for getting hard yards like a barber, jones drew or our very own duece LT can't do it. he knew he had to earn yards and the mcl wasnt feeling good. if he had holes maybe a different story.

Online
If his tackling was any indication, Deion Sanders played an entire career trying to protect himself from injury. I'm not sure how he can fault LT if that was the case in one game.

Offline
It was actually a coach's choice to sit LT for the rest of the game.

Offline
Running backs have to do a lot more cutting and moving than QBs, if LT couldnt go, he couldnt go. He screwed up by saying he was "90%", if he was doubtful like Rivers and Gates this isn't an issue. He also screwed up by pouting on the bench with his helmet on instead of trying to rally his teammates, it just made him look immature. If he had gotten up and at least done that people wouldn't be so hard on him.

Offline
It's pretty much a no-win situation for L.T. If he had played the entire game gimpy, and ineffective, critics may have said that he should have sat out for the benefit of the team. He indicated that Turner and Sprouls were 100% and therefore more effective. He probably knew that he could not be effective and felt it was best for the team if the other backs gave it a go.

If L.T. played nose tackle, or guard, it would be a different matter. A runningback relies on quickness, cuts, changing directions, etc. A knee injury has more of an impact on running backs than lineman.

Offline
I thought Philip Rivers should've sat out. Playing injured and not being able to help your team out is being selfish to me Billy Volek would've did a good job.

Offline
I sprained my MCL... it felt like my lower leg (from knee to foot) was hanging on by a thread... it had no strength... and it seemed as though every step I took my knee felt as though it was gonna buckle.

I don't blame LT one bit... he did more than I would have... he actually gave it a shot.

Offline
If LT sat, then there was a good reason. After what happened with the Patriots last year, you can bet that he wanted to be out there more than anything. 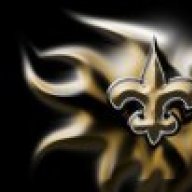 Offline
I don't have a problem with him sitting, but I did not like the way he sat there on the end of the bench seeming to pout. He could have at least shown support for the rest of the team. Of course I did not watch the whole game, so he may have been

d3vanj said:
It was actually a coach's choice to sit LT for the rest of the game.
Click to expand... 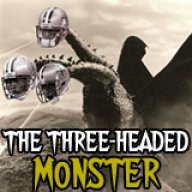 john markins said:
but I did not like the way he sat there on the end of the bench seeming to pout. He could have at least shown support for the rest of the team.
Click to expand...

Exactly. In my view he's always been a bit of a pouter.

AFC Title game and you're gonna ride the pine all game? The face of the franchise just sat their like a bump on a log all game.
Show hidden low quality content