I'm nervous about this week's game against the Falclowns (1 Viewer) 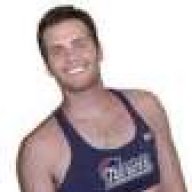 Offline
I am constantly thinking about this game all the time. I could just imagine whats going through the minds of the Saints' players and coaches right now. It's a big game for the both teams, and it's a rivalry game. I'm nervous that if the saints don't bring their A game, we could suffer our third straight defeat. The Falcons and their fans are going to be pumped for the game, especially after what happened in the Superdome earlier this year. And the Falcons desperately need a win, so I expect them to come at all blows. Mike Vick always seems to break our backs at times, and with the way our defense is playing as of late. And don't forget that Mora, Sr. ****** him off earlier this week. So he's going to try to prove himself as well.

If we win, we are back in good graces and we will put the nail in the Falcons coffin for this season. But if we lose, I think its going to be tough to rebound from.

Man I can't wait til sunday gets here.

Offline
if we dont turn the ball over we win SIMPLE AS THAT!!!!!!
OP
OP

What about our defense? Missed tackles and broken pass protection coverages. We'll at least Vick isn't Palmer. Maybe if we stuff the box and blitz, we'll slow him down.

Offline
oh i hope and pray we stuff the box and blitz. the only way i see us losing is if we play like we did the last 2 weeks.

Left_Eye said:
What about our defense? Missed tackles and broken pass protection coverages. We'll at least Vick isn't Palmer. Maybe if we stuff the box and blitz, we'll slow him down.
Click to expand...

if we dont turn the ball over we shouldnt even be a contest, vick is the most overrated player in the nfl he cant beat us by hisself, and dunn isnt gonna do it, so if we lose were basically gonna have to beat ourselves 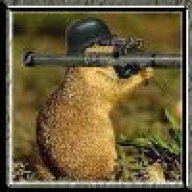 Offline
if we don't beat ourselves with turnovers we will win.

Offline
Honestly, I see a Saints win in at Atlanta as something of an upset. I've been thinking that the recent 1-3 Saints are more real than the previous 5-1 Saints, with a highly vulnerable defense and a a tad too little poise on offense. I'm thinking the Saints are a team built for 2007 and 2008 than for this year.

The clincher for me was the Steelers game. That could have been a huge turn-the-corner game for the franchise. The old Saints would've lost that game every time ... and sure enough, the Saints went and lost at Pittsburgh. So they probably aren't far enough away from their past to start relying on now.

Offline
I loved how we used Harper against the Falcons on Sept 25. I don't think Stoutmire can fill his shoes, but I hope he does a good enough job.
Show hidden low quality content

REMINDER: Personal attacks against other members will be infracted.

What needs to be seen against the Panthers!!

Match Up Black Jerseys/Gold Pants against the Panthers this week