I'm starting to expect good things from the Saints (1 Viewer)

Offline
and at the same time, I'm still afraid to. I know these aren't the Same Ole Saints, but it's hard to overcome the past few years of hoping against hope.

The two games that made me start to change my thinking were losses. Against the Ravens and the Steelers, Brees just would not give up, scoring a last minute touchdown when we were far behind against Baltimore, and last week, almost bringing us back to a tie in the last minute.

Anyone else having the same problem?

Offline
I always expect big things. I did last year, and the year before....and well, I guess I'm just a sucker. However, this year, I'm having absolutely no problem putting my trust into them.

You're right, we've looked like a very determined team that doesn't have any quit in us.

Offline
It's been hard for me to expect that we'll make the playoffs this year based on all the years we've struggled down the stretch. I know this is a different team but the anxiety over these next few games is killing me. If we can manage to win 2 out 3 we'll be 8-4 and I wont be quite as nervous.

Offline
Just when I started putting some confidence in the team I see two stupid games against Balt. and Pitt., and really I could include the Carolina game too, now I'm back to not trusting them or having much confidence in them. The problem is that when they lost those 2 games it was because of stupid same old Saints football. Turnovers, penalties and shabby defense. With an entirely new coaching staff and a large influx of new players and it still happens. I've seen the same thing since day one and with all the coaches we've had here and that gets very frustrating.

Offline
Agreed. The sorry history of this franchise is likely to produce very jaded fans. And yet, this team does seem different in a very positive way, attributable, no doubt, to superior coaching. 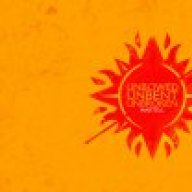 Offline
Every team has turn overs and penalties. These are elements to the game that everyone has to deal with. What makes this team better than previous versions, is that these mistakes are generally limited, but when aboundant, they have enough heart and talent to overcome their mistakes. The "Same Ol Saints" theory is rediculous. I believe we still aren't that good a team. I had them at 8-8 at best. Have they suprised and impressed me..most certainly, but be realistic about this team. Our talent on Defense is weak. We made some upgrades during the off season, but we still have a ways to go. The offense carries this team, and you can't tell me that Drew Brees has the "Same Ol Saints" attitude. You can't tell me he hasn't brought a positive, can do, winning attitude to this team. You're going to lose some close games, but it doesn't mean you are a result of a loosing tradition. With Payton coming in here and turning things around, it's all part of a process. It's not 3-13 to Super Bowl in 1 year. It's going to take a few years for Payton to get this team how he wants it. Most people see he has made major improvements over the previous regime, but he does still have a lot to learn. This is a fun team to watch. They are well coached, have talent on offense, and have the desire and attitude to win games they maybe shouldn't. Don't be afraid to put some faith in them, but be realistic, this team is not even close to a finished product. 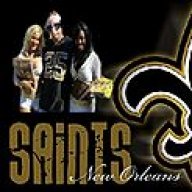 Offline
Playoffs or no playoffs I dont care...before the season started I said if we get 6 wins and play competitive I would be happy.. we got our six wins and we have been very competitive. Our team has never given up in any game this year and I am not going to give up on them this year. no matter what. Even if we loose the rest of our games and fall on their faces if the still fight and play hard i will be happy and would be a vast improvement from years past.

Offline
I am not going to put any confidence into a team that loses to some of their opponents.

Squeezebox said:
I am not going to put any confidence into a team that loses to some of their opponents.
Click to expand... 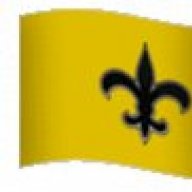 Location
Round Rock, TX via NOLA

Offline
You heard it here:

We're goin' to the Super Bowl.

Saint James said:
I always expect big things. I did last year, and the year before....and well, I guess I'm just a sucker. However, this year, I'm having absolutely no problem putting my trust into them.

You're right, we've looked like a very determined team that doesn't have any quit in us.
Click to expand...