In an emotional game, Saints’ Ryan Ramczyk is a constant (1 Viewer) 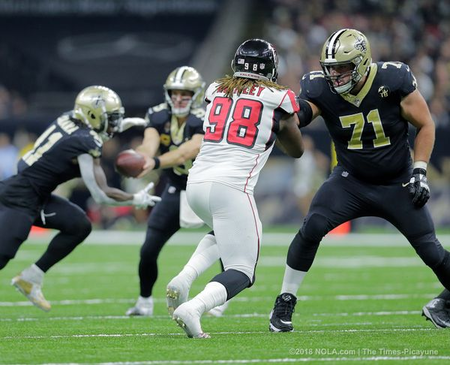 There is something about the consistency in demeanor and technique, the way the work is put in and applied on game day, and how whatever physical maladies pop up during the season never seem to matter on game day.

There is just too much to like about Ryan Ramczyk’s game.

“In all honesty, all seriousness, Ryan Ramczyk is my favorite player in the NFL — out of everybody,” said Armstead, the Saints’ Pro Bowl left tackle.

Armstead is not alone. Ramczyk, the Saints' soft-spoken right tackle, has made a lot of fans in his two years in New Orleans.

From the day he was thrown into the fire as a rookie to now, preparing to anchor the right side of the Saints’ offensive line in the NFC Championship Game against the Los Angeles Rams, Ramczyk’s attention to detail and his commitment to improving have made a mark on those around him....