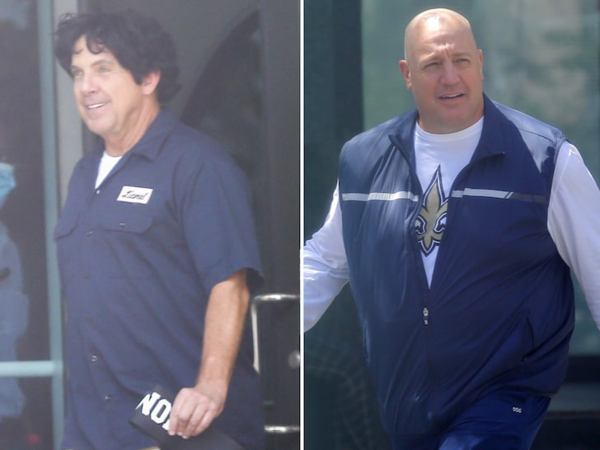 That's New Orleans Saints head coach Sean Payton getting all Hollywood in Louisiana ... where he's shooting a new movie based on the fallout from the NFL's "Bountygate" scandal.

Kevin James is playing Sean Payton in the flick, called "Home Team" -- and even though they don't look exactly alike, you get the point.

Payton has a cameo in the film -- looks like he's playing a mechanic or something?!

As for the movie itself ... here's the backstory.

Payton received a 1-year suspension from the NFL in 2012 for Bountygate -- when Saints players were getting cash payouts from 2009 to 2011 for targeting and injuring opponents during games.

During his suspension, Payton coached his son's youth football team -- and reportedly used the time away from the league to "reassess his life and put it in some perspective."