In his words, this is what led to Saints DT Tyeler Davison's unnecessary roughness vs. Bucs (1 Viewer) 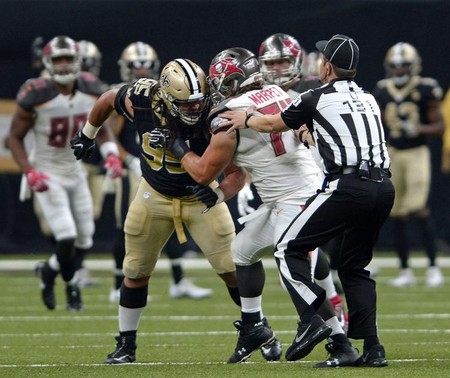 Little love was lost between the Saints and Buccaneers last season, and frustration erupted between the New Orleans defensive line and Tampa Bay's offensive line in the third quarter.

Davison said after the game that he grew frustrated with Buccaneers offensive linemen playing in the margins.

"They don't really call holding, first off, in the NFL," Davison said. "And then, most offensive linemen get paid off of a little extra. That's what that was." ...