In Louisiana’s River Towns, a Flow of Talent (1 Viewer) 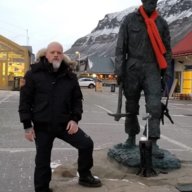 Offline
This article is awesome!! #LouisianaKnowsFOOTBALL

In Louisiana’s River Towns, a Flow of Talent

Louisiana’s N.F.L. Success: For years the Bayou State has sent more players to the N.F.L. than any other state per capita. Ahead of Super Bowl XLVII in New Orleans, local football coaches explain the reasons why.


HAHNVILLE, La. — Hahnville High School was surely one of the few teams in the country to hold full-contact spring football practice in January, only two months after the previous season ended. That is not its only distinction.

“We might be the only public school in America with a pond full of live alligators on campus,” Coach Lou Valdin said.

Alligators slow their metabolic activity in winter, but there is no such torpor with football in southern Louisiana, which has an outsize influence on the N.F.L. relative to the size of the population.