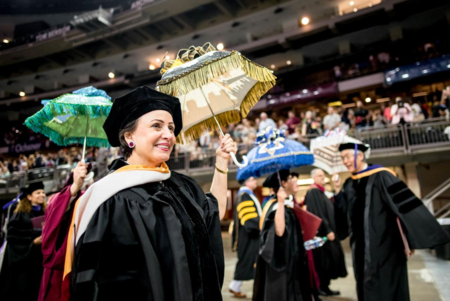 In her address to 780 graduates inside the Mercedes-Benz Superdome, Benson spoke of failure being a part of life and business, citing some "lean times where things didn't go my way."

"Similarly we lost games we should not or there are times we get beat because the other team simply played better," she said. "We even lose games when officials blew the most obvious of calls. Bouncing back from those failures especially when caused by forces, or officials, beyond your control, can be tough." ...