Interesting Article About Bush | New Orleans Saints - SaintsReport.com
Menu
Log in
Register
Navigation
Install the app
More options
Change style
Contact us
Close Menu
You are using an out of date browser. It may not display this or other websites correctly.
You should upgrade or use an alternative browser. 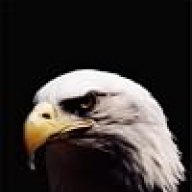 Offline
With the attitude it seems the Bengals are taking, it's very possible Reggie could make a few highlight reels this Sunday.

Wraith said:
With the attitude it seems the Bengals are taking, it's very possible Reggie could make a few highlight reels this Sunday.

They're not worried about him, yet when they tackle him they celebrate like they've won the Super Bowl. Right.

Offline
I for one hope he has a breakout game against the bengals. That would be a highlight in itself. He will be great. It might not be soon but he will. His attitude along with his talent is what will make him great. I look for him to have a good week because I know he hears or reads what they say about him and it motivates him more. Not that he needs it but im sure he will improve this week like he did last week.


I am sure he said the same thing about LT, "uh we arent worried, we just have to play the game...duhh..." as LT walks into the end zone 4 times.

Offline
Last week against the Steelers, Reggie finally started running north and south rather than east and west and we finally saw him actually gaining some positive yards, almost 5 yards a carry on most of them. That too could be something the coaching staff is saving untill we get closer to the playoffs, who knows, but it was refreshing to see him get in there and hit some holes for good gains. I for one hope to see more of that in coming weeks.

Offline
well Graf said last week that Reggie was staying after practice with Payton and some OL holding blocking pads working on hitting the holes. i think it showed last game, he hit the holes and took what they gave him instead of trying to bounce everything outside. i really think this could be a big week for Bush because the Bengals defense is so porus. he had 49 yards on 10 carries and if he doesn't fumble that ball he may have been featured a little more, but we had to play catch up from that point on. he seems to be finding his way in this league. i mean he's only played 9 games, and look at the other rookie RB's, Addai has looked good but most defenses can't key on him because of Peyton, Marvin and Wayne; Maroney has been very inconsistent he'll rush for 90 yards than only have 20 the next game; DeAngelo Williams hurt his ankle but hasn't been that good except against a tired Saints defense in the 4th quarter. so let them not key on him, it's a compliment for the way the rest of skill players have played, and Reggie will burn somebody soon.

Offline
I think he will have his biggest rush from scrimmage against the bengals this week, I hope it comes on a the 1pm game on CBS its looks like it will be a good game...anybody know if thats CBS's 1pm game?

Offline
That's funny. The Bengals defense should be worried about anyone they play; they have the 28th ranked defense in the league!

Offline
I thought that the players just told it like it was. Not alot of cockiness from what I read. It was respectible.

Now cram the yards down their throat reggie. WOOT!

truck man said:
well Graf said last week that Reggie was staying after practice with Payton and some OL holding blocking pads working on hitting the holes. i think it showed last game, he hit the holes and took what they gave him instead of trying to bounce everything outside.
Click to expand...

Interesting....I think Reggie showed less hesitation against the Steelers and he did start taking the ball upfield more.

The point is coming where teams will start giving Reggie some breathing room.....

meily said:
I think he will have his biggest rush from scrimmage against the bengals this week, I hope it comes on a the 1pm game on CBS its looks like it will be a good game...anybody know if thats CBS's 1pm game?
Click to expand...

It's one of them. Randy Cross was on NFL Radio this morning and mentioned that he's doing the Saints-Bengals this weekend (and I know he and Enberg usually get the #2 CBS game each week). 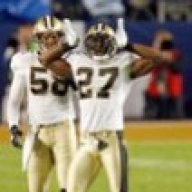 As long as Reggie learns to hold on to the ball he'll do great. They say they're not worried about Reggie, but they also know if they let Reggie get loose and break one they'll be on the highlight film and none of them want that.

The Steelers are happy Reggie fumbled that ball so they didn't have to see that spectacular TD a 100 x's. Don't look for him to put the ball on the ground this week.

Reggie will be flying high once again.

Offline
I know people post every week that this week will be Reggie's break out day, but this week is the first week I really feel it. I think with the changes in how he's running he's going to figure out that after he hits the hole he can do what he does, and after seeing the effects his fumble had he's really going to protect the ball better. I think we're going to see what we thought we were getting from here on out.
Show hidden low quality content