Is Charter done on the North Side? (1 Viewer)

According to St. Tammany Parish Councilman Jerry Binder, a pair of deals was offered by Cox Communications: a long term 5 year deal and a 12-month deal which would allow the broadcast of all of Cox Sports programming to be shown on the Northshore.

Binder said Charter made a counter offer to Cox for a six-month deal at half the cost – an offer he said Cox did not accept.
Click to expand...

At the beginning of the negotiations a St Tammany Parish official said on WWL that if the two failed to agree and Charter was playing hard ball, then it is very likely that they would pull Charters license in the parish.

Offline
I sure do wish Direct TV would broker a deal with the Hornets that way Cox and Charter can both get the hell out of Dodge.

Offline
I think that Charter's rights extend into the next decade. If they pull the plug on them, I expect an injunction and a protracted legal battle.

It's a shame that Channel 38, 49, or 54 can't pay Cox and simulcast the games. Those stupid CW/ION/etc. shows aren't being watched anyway.

FWIW, I have Dish Network and don't have the games either. But I got tired of Cox forcing everybody to digital and having to pay for their boxes on each TV.

Offline
Guys, from what my sources have told me people are catching on to this Hornets team with or without TV coverage. Hornets tickets are selling like hot potatoes and many upcoming games are pretty close to selling out. I mean word of mouth is spreading and the NBA ASG success has put the town in a good light about NBA basketball again, people want to watch NBA in this town again.

I urge people on this board to go see this team, their good and their right next door to the Super dome and our beloved Saints. Lets give our little brother team a helping hand could we?
Don't give a damn about Charter or Cox, they are greedy anyhow and are in it for the money only. Lets hope for the best and let the cards fall where they may.
Geaux Hornets and Saints 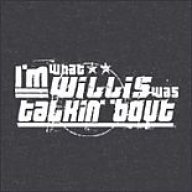 Offline
I keep hearing about getting the Hornets games on the northshore. Is this just for St. Tammany? We have Charter in Tangipahoa and we don't get the games either. I hate Charter. I wish we could dump them.
OP

rob021275 said:
I think that Charter's rights extend into the next decade. If they pull the plug on them, I expect an injunction and a protracted legal battle.
Click to expand...

Thats what I was thinking, but the man definately was suggesting it like it was St Tammanys right to do so.

Goats said:
Thats what I was thinking, but the man definately was suggesting it like it was St Tammanys right to do so.
Click to expand...

It should be (St. Tammany's right, that is). There comes a point where eminent domain should take over considering the value of this team to the area and the state and its chances for success/failure here based on broadcasting rights.

That said, as someone who left Cox, I'd really like to see a local OTA station get the rights to simulcast. The advertising $$$ would justify it.

It's funny how CST has the rights to Saints preseason games and they make their way to OTA television, but regular season Hornets games don't.

As for Charter, there is a lot of talk about them being headed for bankruptcy nationwide.

Then I guess their "charter" will be up anyway.

Offline
Charter stinks. Living on the southshore we see all the Cox extra channels, news 15, Cox Sports, etc. Charter doesn't want to pay for anything and it is silly this is still going on.

Offering half the price. That isn't negotiating, that's slapping Cox in the face. And that's their LAST offer, not the first one.

People on the Northshore need to protest at Charter's offices or start cancelling service in large numbers to get their attention.


WWL this morning was reporting that Cox was talking to Direc TV about licensing Cox Sports on the Northshore and bypassing Charter altogether.

I think if Charters license was pulled by the local government, it wouldn't matter if they had the rights to broadcast for 15 years as they would no longer have the ability to broadcast. It is a special deal between a city and it's local cable company. 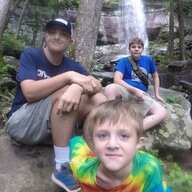 Offline
Living in Mississippi it would be nice if they are able to broadcast on Direct TV. I was living in Slidell when the Hornets moved here. It was nice that for a short time Charter would broadcast the games. I lost that when I moved to Diamondhead. I think that if the games were broadcast on Direct TV they might reach a larger audience since the MS Gulf Coast region would be included.
OP

NOSports007 said:
I think that if the games were broadcast on Direct TV they might reach a larger audience since the MS Gulf Coast region would be included.
Click to expand...

Why cant you get the Hornets on NBA League Pass on DirecTV. Your out of the market area so their should be no black out.

Offline
Am I? I did not know if Hancock County was within the market since it is right next door to NO.

Offline
One thing that's important to keep in mind is that Charter still has a business to run. If they accept any expensive deal that Cox throws their way, that means increased costs to their customers, which will not sit well either.

Offline
Every other provider in the state picked it up. **** Charter.
Show hidden low quality content