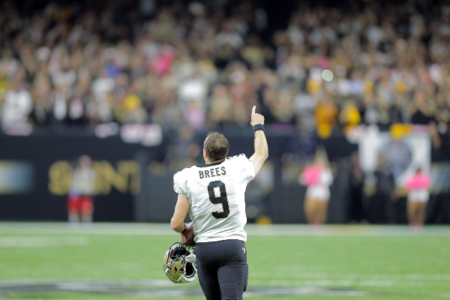 By Staff | The Advocate / Picayune

Early in training camp, New Orleans Saints quarterback Drew Brees was asked about the team's slump on offense late in the 2018 season.

The Saints averaged more than 33 points per game through its first 11 contests. In weeks 9, 10, and 11, the Saints scored 45, 51 and 48 points, respectively. But from Week 12 on -- excluding Week 17 with Brees resting for the playoffs -- the team averaged just 15 points per game. They won all but one of those games. The offense ticked up in the playoffs with 23- and 20-point outputs, but it still fell short of the machine that decimated the NFC through much of the season.

Were injuries to blame? Was Brees slowing down?