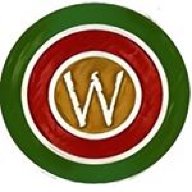 WildlifeAviation said:
Not one Mock Draft posted on SR.
Click to expand...

WildlifeAviation said:
Not one Mock Draft posted on SR.
Click to expand...

Tony1Saintfan said:
What do you guys think we may get for Bridgewater. I hope I spelled his name right.
Click to expand...

As someone said he is a FA, however, it was commonly said that if we lose him we are likely to get a compensatory 3rd or 4th rounder.

DeucesLoose said:
"We'll find a way to get a draft pick or two back," Payton said

Anyone have any clue on how we’re going to get any of our picks back ? The only player I can see is maybe peat ?
Click to expand...

Maybe Taysom if there is a market. I'm not so sure Peat has much of a market either. It's the last year of his contract, he's owed 9.6 mil and he didn't put out his best tape last year.
OP

Stalwart385 said:
Maybe Taysom if there is a market. I'm not so sure Peat has much of a market either. It's the last year of his contract, he's owed 9.6 mil and he didn't put out his best tape last year.
Click to expand... 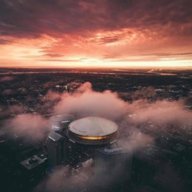 Offline
Should get a supplemental first round pick from the league to pay for the blown call. They fine teams and players. Why not fine themselves!!LOL

St4ever said:
Explain how trading Peat helps us to me please.

Sure we get a draft pick but we would have to turn around and use it on another unproven guard. I have not seen enough out of our stable of linemen to assure us of another starter. It would make more sense to trade Armstead since he is constantly missing games being injured. We would still have to draft a starting tackle but we might get one who can play 19 games.

Unless we’re ready to give up a playmaker, we do not have anyone on our roster who would warrant a pick higher then a fourth round.
Click to expand...

Trading Peat helps us because he just isn't very good. Maybe there's some team that thinks he is, or that wants him to play tackle. Offensive linemen with a pulse usually fetch a good return. We could upgrade from him in FA, then trade him to a team that lost out, which would also result in a net gain in cap room that we could use to improve the rest of the roster.

I don't think this scenario is very plausible for many reasons, but that's the argument. Except for Devaroe Lawrence, I don't remember us trading away any players for picks since Payton's first year.

I say we extend Peat or just ask for a cut. Hopefully we commit the resources to give him a legit competitor that also builds depth.

DeucesLoose said:
Hard to get excited about the draft when your first pick is late in the second round.
Click to expand...

Are you kidding. It just means everyone will post mocks with us trading up into the first round in exchange for some Cheetos and a signed photo of Walter Thomas.
Show hidden low quality content