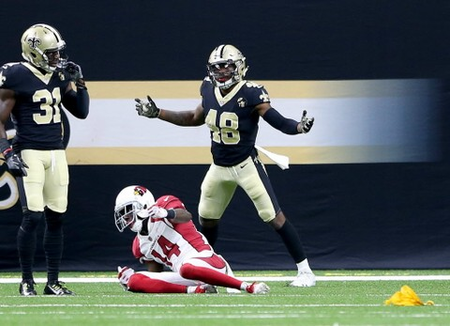 J.T. Gray's own father knew before he did.

But they both had the same reaction when they found out he'd made the New Orleans Saints' 53-man roster.

"All I could do was just smile and thank God," Gray said of getting the call from his agent informing him he'd made the cut.

The rookie out of Mississippi State joined the Saints as an undrafted free agent this season and said he arrived with the focus of dominating on special teams.

His play on that unit is what led New Orleans to put him on the roster.

"He can run and hit in the kicking game exceptionally well and is one of those guys that when I talk about the kicking game making it (on) special teams, he's an example," Saints coach Sean Payton said. ...