Offline
Ha!
The last sentence in this story just blows me away...


JACKSON, Miss. (AP) -- Mayor Frank Melton, who has taken a hard stand against the city's rising crime rate, pleaded guilty to weapons charges Wednesday in a deal with prosecutors that lets him stay in office and out of jail.

Offline
what is the world coming to

Offline
In September of 2006, Mayor Melton, with several Jackson Police Department detectives and a group of youths Melton had been counseling, raided a house at which five drug arrests have been made in the last two years, arresting the resident, Mr. Welch on several drug-related charges. The house was damaged during the raid, with one wall and several windows destroyed. No warrant was issued for the raid, nor was the owner of the duplex notified of any intention to conduct the raid. Faye Peterson brought charges relating to the raid against Melton before a jury, and Melton was indicted on September 15, 2006. Many have called the charges politically motivated, and several civil-rights leaders have come to the defense of Melton--most notably Charles Evers, older brother of civil rights hero and martyr Medgar Evers, and Stephanie Parker-Weaver-former, daughter of the first openly-known interracial couple in Jackson, MS--encouraging him to stay in office despite the chargers.

Thank god for cival rights leaders backing a guy that wears a fake badge, a police issued hand gun, busts down doors and destroys houses while performing illegal searches with minors. This isn't the first major controversy that Melton has had while in office.

April 2006 - Melton was criticized for having potentially broken a law when pulling over four school buses on the busy US I-220 bypass in Jackson, Mississippi for individual hugs. [1]

July 19, 2006 - Jackson Mayor Frank Melton received criticism from advocates for the homeless when he used the city&#8217;s emergency order to enforce a 10 p.m. curfew for the city&#8217;s homeless population. According to Michael Stoops, executive director of the National Coalition for the Homeless in Washington, the curfew is the first of its kind in the nation. He also said that it effectively amounts to a modern Jim Crow law. [2]

July 26, 2006 - Frank Melton raises security concerns with US House of Representative, and "senior" Homeland Security Committee Democrat, Bennie Thompson (MS) when Melton applied for, and was issued, a United States Capitol Police badge and identification card. The card allowed Melton, armed, to bypass security in Federal Buildings, congressional offices and Congress. Wilson Livingood, sergeant-at-arms for the U. S. House, stated in the report to Thompson dated Aug. 17 that Melton showed a Jackson Police Department credential to Capitol police. Rep. Bennie Thompson told a Jackson newspaper that Melton shouldn't pretend to be a law enforcement officer when he is not one. [citation needed]

August 26, 2006 - Melton was accused by local residents of taking it upon himself to destroy a house on Ridgeway Street in Jackson from which drugs were allegedly being sold. Though accused, Melton denied having a sledgehammer in his hand, also claiming that the residence was in disrepair prior to the raid. [3] The event has since been referred to as the Ridgeway Incident in the press.

August 30, 2006 - Guests of Jackson Mayor Frank Melton allegedly beat and kicked a handcuffed man outside the Upper Level Bar and Grill early Sunday morning. The victim, Tonari Moore, is the son of club owner Sandra Moore Johnson who, last month, filed for a restraining order against Melton for his &#8220;police state tactics&#8221; against her and her business. Melton said to WLBT of the group that beat Moore, "The young men who allegedly attacked Moore were helping me clean up the Virden Addition neighborhood earlier that day." According to a JacksonFreePress.com reporter present, "the young men watched movies in the back of the van while an armed Melton searched for Vidal Sullivan." Area neighbors say the juveniles seldom attend school. [4]

September 15, 2006 - Frank Melton and two other police officers were indicted for illegally wrecking the duplex on Ridgeway Street in Jackson. Melton was also indicted on an illegal concealed weapons charge after reportedly carrying a sidearm into a college, school, and church. The charges included malicious mischief, house burglary, conspiracy and directing a minor to commit malicious mischief. If convicted, Melton would have to resign and could face up to 50 years in prison.[5] Melton pleaded guilty to two misdemeanors for carrying a weapon into a church and a park, and no contest to a reduced charge on what had been a felony count involving a gun onto the grounds of the Mississippi College School of Law. Mississippi state law could have forced Melton from office for a felony conviction and up to three years in prison. Prosecutors decided to reduce the felony to a misdemeanor of carrying a concealed weapon in exchange for pleas. Melton was given a six-month suspended sentence on each count, plus one year probation, and was fined $1,500.
Last edited: Nov 15, 2006 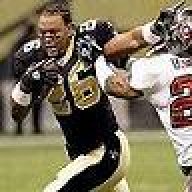 Offline
The biggest most pathetic part of this was the fact that he was accused, arraigned, and settled in less than 2 months but good old Faye can't get anything else done in even twice that long. She is a pathetic DA for Hinds County. This whole process is showing what kind of farce she is and what one of the biggest problems in Hinds County is. She is playing political games and that is not the right time or place for this when there is somebody actually trying to do something (whether it is the correct way or not is not for me to decide.)

Offline
As a Ms resident, I love to make fun of La politics and La politicians. Obviously, we have a few of our own.
Show hidden low quality content