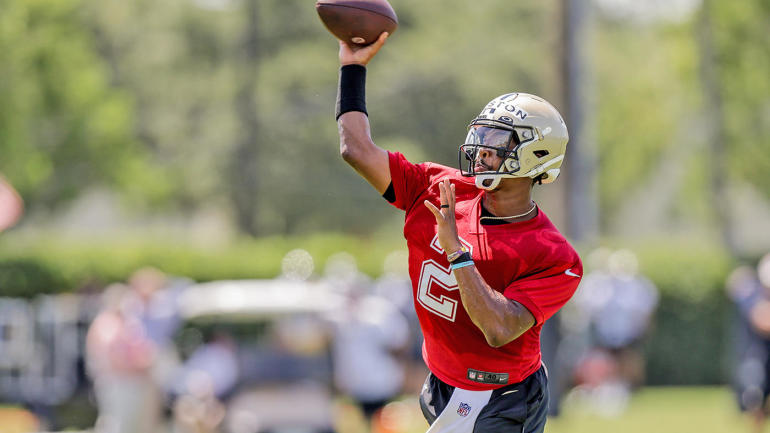 Jameis Winston is expected to miss a few days of practice after the quarterback left New Orleans' session on Monday after he suffered a foot injury, head coach Dennis Allen told reporters Tuesday. The injury is reportedly not serious, but Winston will not play in the preseason opener against the Texans in Houston on Saturday. Allen said Monday that Winston "tweaked" his foot during a 7-on-7 period where the quarterback was rolling out of the pocket.

"Jameis basically kind of sprained his foot yesterday," Allen said. "He's really day-to-day. I don't think it's going to be that big of a challenge, but certainly we're going to make sure we get him back healthy before we put him back out here."

Winston is returning to the field after he suffered a torn ACL in Week 8 of last season. He re-signed with the club this offseason on a two-year, $28 million deal and is set to be New Orleans' starter if healthy for Week 1. ...