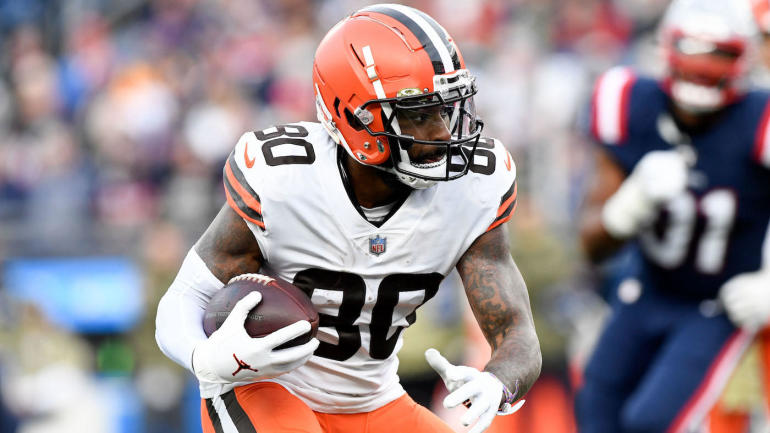 The New Orleans Saints kicked off the month of May by signing free agent safety Tyrann Mathieu. The Saints are now signing five-time Pro Bowl receiver Jarvis Landry to a one-year deal that is worth up to $6 million, according to NFL Media. Landry broke the news on social media on Friday afternoon.

Landry visited the Saints prior to the 2022 NFL Draft. New Orleans spent their first of two first-round picks on former Ohio State receiver Chris Olave. The Saints have further bolstered their receiving corps with the acquisition of Landry, a Pro Bowl performer during his time with the Miami Dolphins and Cleveland Browns.

Landry, 29, was a Pro Bowler in three of his four seasons with Miami while helping the Dolphins capture a playoff berth in 2016. The former LSU Tiger was instrumental in the Browns' turnaround upon coming to Cleveland in 2018. A two-time Pro Bowler with the Browns, Landry's impact on the field and in the locker room helped Cleveland end the franchise's 18-year playoff drought three years after the franchise endured an 0-16 regular season. The sure-handed receiver caught touchdowns in both of the Browns' games during the 2020 postseason. ...