The practice is surprisingly common in Taiwan and rural China.

It became popular in Taiwan in the 1980s when the economy took off, according to anthropologist Marc Moskowitz, a professor at the University of South Carolina.

The practice has roots in the practice of hiring female wailers who were paid to cry at processions, Moskowitz wrote in a post on the China Policy Institute website earlier this year.

"The stripping performances started out as something that gangsters did, but generally spread out to become common practice throughout Taiwan," Moskowitz wrote. "They are primarily associated with the working class or poorer communities."

It's now illegal to have full nudity at funerals, according to Moskowitz.
Click to expand...

I like the last line. It says a lot that they had to get together in their legislature and pass a law to stop nudity at funerals.

Offline
so socks and sunglasses stay on?

Online
You can leave your hat on 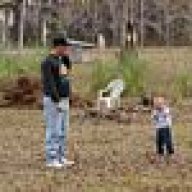 Offline
In early enough for....

This thread is useless without pictures.

cajnwillie said:
In early enough for....

This thread is useless without pictures.
Click to expand...

Offline
Well, there are pictures in the article of the women and poles on the old jeeps.

Galbreath34 said:
Well, there are pictures in the article of the women and poles on the old jeeps.
Click to expand...

awww. you're making me nostalgic for that pre-november time when people clicked on articles

Offline
Yep... politicians only reveal that they go to strip clubs after they are dead...

Sent from my SCH-I545 using Tapatalk

Offline
Guess they misunderstood what was meant by " happy ending "